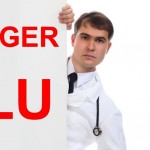 A new study suggests the chemical and spatial organization of the ingredients of the adjuvant – or booster agent – that is included in some vaccines can make a difference to the strength of the immune response.

The study, from the University of California-Irvine, is published in the journal ACS Central Science.

Some vaccines use a weakened or inactive version of the whole pathogen – for example, the flu vaccine – others use just a segment of the pathogen, such as a key protein or molecule (examples include vaccines for hepatitis B and meningitis). This second type is known as an antigen-based vaccine.
When the vaccine uses the whole pathogen, the immune system response is strong and activates immune system “watchmen” proteins – the toll-like receptors (TLRs).

Antigen-based vaccines do not trigger a strong immune response and produce fewer side effects. To enhance their effectiveness, vaccine developers usually add a boosting agent – an adjuvant – commonly a TLR agonist, or activator.

TLRs are part of the innate immune system, a cluster of all-purpose first responders that is distinct from the adaptive immune system, which takes longer to kick in and reacts in a more specialized way. TLRs are first on the scene and, on spotting invading microbes, activate immune and inflammatory responses to destroy them.

In nature, different TLR activators work together to direct the immune system, but it is not clear how they do this and the biological mechanisms involved.

The researchers had a hunch that the way the TLR agonists are chemically linked in space might make a difference to how well they work together, so they synthesized and tested spatially different combinations of agonists for three TLRs: TLR4, 7 and 9.

By testing the different combinations on immune cells in the petri dish and also in mice, the team found that a particular spatial combination of the three TLR agonists was more effective at triggering immune reactions than simply mixing the three ingredients together.

They also ran further tests to explore which components of the most effective arrangement were important and which parts of the immune system they triggered.

The authors conclude: “These studies demonstrate how activation of multiple TLRs through chemically and spatially defined organization assists in guiding immune responses, providing the potential to use chemical tools to design and develop more effective vaccines.”