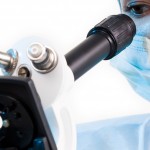 What do black widows, rattlesnakes and malaria-ridden mosquitos all have in common?

For one, all of their bites can kill. And now, thanks to research from the Seattle Biomedical Research Institute, there may be a second similarity — they all have antivenom capacity.

Researchers from the institute have discovered that generically attenuated parasites (GAPs) — or genetically altered mosquitos — may hold the key to the development of a malaria vaccine. Through the observation of GAP specimen — which interact with the body in the same manner as invective parasites, but without disease-causing capacity — and with the results of a previous vaccine attempt in mind, the study team developed a method with promise, sans the limitations of prior efforts (high dosage, intravenous administration).

“Malaria is one of the world’s biggest killers, and threatens 40 percent of the world’s population, yet still no effective vaccine exists,” said Stefan Kappe, PhD, lead author of the paper and professor at Seattle BioMed, in a news release. “In this paper we show that genetically engineered parasites are a promising, viable option for developing a malaria vaccine, and we are currently engineering the next generation of attenuated parasite strains with the aim to enter clinical studies soon.”

In a medical first, scientists were able to engineer a weakened version of the human malaria parasite via DNA alteration that, when tested on six human subjects, conveyed a considerable effectiveness; five of the six participants showed no infection via the parasite, “suggesting that the new genetic technique has potential as the basis for a malaria vaccine.”

“Our approach offers a new path to make a protective malaria vaccine that might overcome the limitations of previous development attempts. Genetically engineered parasites potentially provide us with a potent, scalable approach to malaria vaccination,” explained Kappe. “Our results are very encouraging, providing a strong rationale for the further development of live-attenuated strains using genetic engineering.”

The study was published in the latest issue of the journal Vaccine.