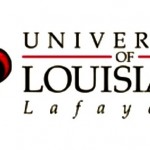 Amid promising reports of effective Ebola vaccines for humans, a vaccine that could potentially protect endangered wild apes from deadly infectious diseases, including the Ebola virus, is being tested at the New Iberia Research Center.

Scientists are testing an oral vaccine that would be ingested by chimpanzees and gorillas. It is similar to a rabies vaccine that has been successful in virtually eradicating rabies in Western Europe, and to immunize animals, including foxes, coyotes, dogs, raccoons and skunks.

“The trial is relevant in addressing what has become an international health concern for both humans and animals,” said Dr. Ramesh Kolluru, vice president for Research at the University of Louisiana at Lafayette.

The study is being coordinated with Dr. Matthias Schnell, a professor of immunology and microbiology at Thomas Jefferson University, who developed the vaccine. It is part of a larger effort being led by Dr. Peter Walsh, a lecturer at the University of Cambridge and president of Apes, Inc., a non-profit devoted to African ape conservation.

The Ebola virus is highly lethal. It is spread through contact with contaminated body fluids and, in some human cases, by eating the tainted meat of wild animals.

In 2014, an outbreak of the Zaire strain of the Ebola virus in West Africa claimed the lives of 11,298 people, according to statistics from the Centers for Disease Control and Prevention.

Ebola is also one of the leading killers of gorillas and chimpanzees. Up to one-third of the world’s populations of gorillas, according to some estimates, and a large number of chimpanzees, have been wiped out by it. Other threats include habitat loss and poaching. Wild apes are also susceptible to a host of other pathogens, including malaria and simian immunodeficiency virus.

Vaccines haven’t been used to combat outbreaks of diseases in chimpanzees and gorillas because of concerns about their safety. High mortality rates, however, have made many conservationists more receptive to the potential protection of vaccines for apes.

As part of the vaccine trial being conducted at NIRC, researchers are evaluating chimpanzee responses to a protein, called a glycoprotein. Because the glycoprotein is only a small fragment of the Ebola virus genome, it is incapable of replicating and causing disease. However, it should induce an immune response, which will protect against Ebola virus.

At NIRC, some chimpanzees are being inoculated by intramuscular injection. Others are being immunized with doses of the vaccine that are placed inside their cheeks and under their tongues while they are sedated.

According to Schnell, oral vaccines would be administered at bait stations, “by placing it in fruit or other foods.”

“If we can determine that chimpanzees are able to develop antibodies, oral vaccination would be an effective way to immunize animals in the wild,” Schnell said.

Walsh said if the oral vaccination proves effective, “the next step will be a pilot study on orally vaccinating wild gorillas in the Republic of Congo.”

“In developing countries, it’s very hard to keep vaccine frozen until a point that it can be used, and it’s also very hard to deliver a vaccine to wildlife via injection,” Walsh explained.