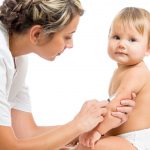 Children and teenagers are less likely than adults to develop severe Covid-19 or die from the disease, according to the world’s largest study of hospital patients with Covid-19.

Obesity, Black ethnicity and being under one month old are factors that increased the risk of a child being admitted into intensive care with the condition, the report said.

The findings also identify new symptoms of a severe inflammation syndrome that significantly increases the risk of children with Covid-19 needing intensive care.

Researchers are calling for the WHO’s definition of Multisystem Inflammatory Syndrome in Children (MIS-C) to be updated to help doctors identify more children with the condition and improve their treatment.

The team led by researchers from the Universities of Edinburgh and Liverpool, Imperial College London and the Royal Hospital for Children, Glasgow, recruited 651 children and young people aged 19 years or less who had been admitted to hospital with Covid-19.

The study is led by ISARIC4C – a global group of clinicians working to prevent death from respiratory disease – and involved 138 hospitals across England, Wales and Scotland. The ISARIC4C Covid-19 study includes two thirds of all people admitted to hospital with the disease.

The findings suggest that it is rare for young people to end up in hospital with Covid-19. They make up less than one per cent of participants in the ISARIC study.

The median age of children hospitalised was five-years-old. Some 42 per cent of patients had at least one other condition, the most common included neurological conditions and asthma.

The number of children and young people who died from Covid-19 was relatively low – six in total – when compared with adult deaths.

Three children who died were newborn babies born with other severe health problems. The other three children were aged 15 to 18 years old and also had profound health issues.

Some 18 per cent of hospitalised children and young people were admitted to intensive care.

Experts say children most at risk of needing intensive care were those under one month old and those aged 10 to 14 years old. Similar to adults, obesity and Black ethnicity were also found to be risk factors.

The study also identified 52 patients who had MIS-C an inflammatory syndrome. The researchers found that these children were five times more likely to be admitted to intensive care.

The symptoms usually seen in those with MIS-C include conjunctivitis, a rash or gastrointestinal problems such as abdominal pain, vomiting and diarrhea.

The study found new Covid-19 symptoms in children with MIS-C. These include headaches, tiredness, muscle aches and a sore throat.

The study also found that the number of platelets – a component of the blood involved in clotting – was much lower in the blood of children with MIS-C than in those without the condition.

The combination of symptoms and low platelets may be important in identifying children with MIS-C who may become more unwell, experts say.

This research was funded by UK Research and Innovation (UKRI) and by the Department of Health and Social Care through the National Institute for Health Research (NIHR) as part of the UK Government’s Covid-19 rapid research response. The research findings are published in the BMJ.