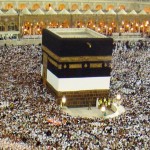 The Saudi Arabian ministry of health recommended Friday that elderly people with chronic diseases, such as those affecting the heart, kidneys and respiratory system, as well as diabetes, postpone undertaking the Umrah and Hajj pilgrimages this year.

The ministry has issued the new health guidelines as part of special precautionary measures for the new coronavirus known as Middle East Respiratory Syndrome (MERS).

To date, there have been 66 cases in Saudi Arabia, with 38 recorded fatalities, according to the US Center for Disease Control. The virus is spread through person-to-person contact.

An official source told Asharq Al-Awsat that the Saudi Ministry of Health has taken all possible precautionary measures with regard people of all nationalities—including Saudi Arabian citizens—who are arriving for pilgrimage.

The ministry says it is coordinating with the World Health Organization in case of an outbreak of diseases that are subject to International Health Regulations.

The regulations include health awareness for citizens, residents and pilgrims. The advice given to pilgrims emphasizes the necessity of washing the hands thoroughly with soap and water, or other disinfectant products designed for that purpose—especially after coughing or sneezing, when a tissue should be used and disposed of immediately.

The International Health Regulations also stipulate that a certificate of effective vaccination against meningitis must be obtained before arrival to the Kingdom of Saudi Arabia. This is required to have taken place more than ten days and less than three years prior.

Vaccination against seasonal influenza is also required, especially in cases of chronic diseases. These include conditions affecting the heart, kidneys, and respiratory system. Those suffering from neurological disorders, diabetes, immunodeficiency, congenital, and metabolic diseases, as well as pregnant women, children under five and those with obesity should also ensure vaccination.

In addition, those arriving from countries affected by polio must have proof of vaccination.

Those coming from countries where the polio is still spreading, such as Niger, Somalia Kenya, and Yemen, have been requested to present a certificate of Oral Polio Vaccine (OPV) for children less than 15 years old. This must have been valid six weeks before arrival, upon which another dose will be provided.

Those of all ages arriving from India, Pakistan, Afghanistan, Chad and Nigeria must provide an OPV certificate, also validated six weeks before arrival.

The requirements also forbid bringing food into Saudi Arabia unless it is canned or sealed in an airtight container.