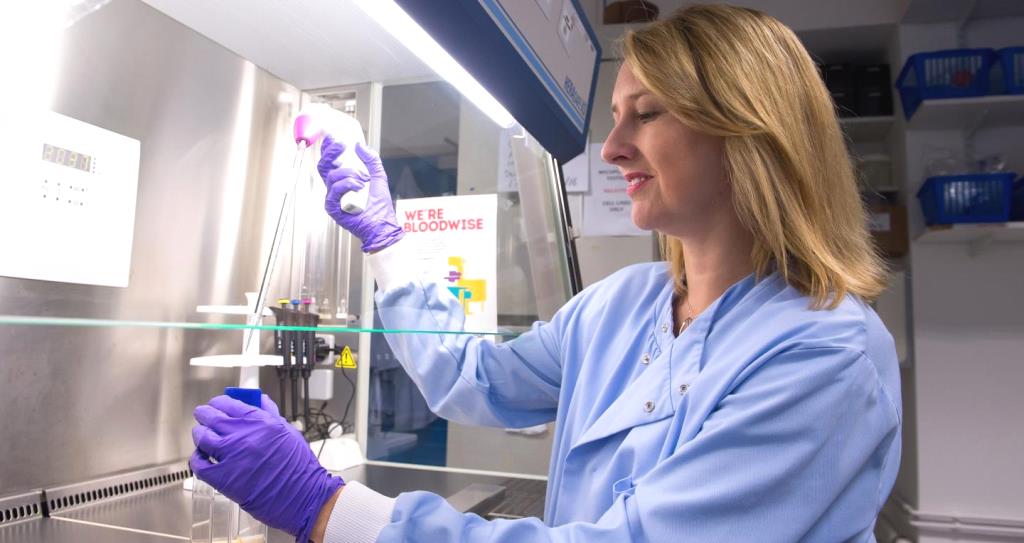 Scientists at the University of Sussex, trying to uncover how the common Epstein-Barr virus causes blood cancer in adults and children, have discovered how the virus takes control of two genes involved in cancer development so it can switch them on or off.

The research team led by Professor Michelle West, set out to determine how the virus controls two genes; MYC, a gene known to drive cancer development when it is altered or switched on at high level and BCL2L11, a gene which normally triggers cell death to prevent cancer, but can be turned off by the virus.

With thanks to funding from the charity Bloodwise, the scientists discovered that the virus controls the MYC and BCL2L11 genes by hijacking ‘enhancer’ DNA regions which are situated far away from the genes. These enhancers act as ‘control centres’ and are able to contact and control genes from long distances by the looping out of the intervening stretches of DNA.

Professor West’s team, who are based in the University’s School of Life Sciences, found that Epstein-Barr virus turns on the MYC gene by increasing contacts between a specific set of enhancers and the gene. The scientists believe this may explain how the virus causes the changes to the MYC gene that are found in Burkitt’s lymphoma.

The team also discovered new enhancers which control the BCL2L11 gene. In this case, they found that Epstein-Barr virus stops these control centres from contacting the gene. Encouragingly the team have discovered that this blocking effect can be reversed by using a specific drug — paving the way for new treatments.

Professor Michelle West, from the University of Sussex, said: “This is a key step towards uncovering how this common virus which, affects thousands of people every year, causes blood cancer.

“It is now important to carry out further studies to determine how the Epstein-Barr virus controls other genes that are associated with lymphoma. This will tell us more about how the virus drives lymphoma development and will help to identify new ways of targeting Epstein-Barr virus-infected cancer cells with specific drugs.”

Dr Alasdair Rankin, Research Director at Bloodwise, said: “We have known for many years that the Epstein-Barr virus causes various types of lymphoma, but we were never sure of the exact mechanisms. These new findings have shed light on how the virus is able to drive blood cancer development by altering the behaviour of genes that control cancer growth.

“By mapping out the complex genetic interactions that help lymphoma cells grow and survive, this research can guide the design of new treatments to target the disease. It may also help to identify those drugs currently used to treat other diseases that could be effective in treating these types of lymphoma.”

Professor West has been granted £460,000 by the blood cancer charity Bloodwise for two research projects that are helping to uncover how a number of common types of leukaemia and lymphoma arise in children and adults and to find new ways to treat them. The research team are studying how the common Epstein-Barr virus can sometimes trigger the development of blood cancers including Burkitt and Hodgkin lymphomas.

The study entitled: “MYC activation and BCL2L11 silencing by a tumor virus through the large-scale reconfiguration of enhancer-promoter hubs” has been published in eLIFE Journal and can be found here http://dx.doi.org/10.7554/eLife.18270