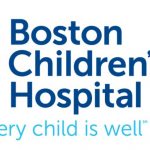 A vaccine has been elusive in part because the AIDS virus mutates rapidly, making it a moving target for researchers.

However, in a small fraction of people who have been infected for a couple of years, their immune systems learn to recognize the viral mutations, cranking out “broadly neutralizing antibodies” that naturally block HIV in its many disguises.

Scientists have tried to harness the potential of these antibodies and translate that knowledge into a vaccine that could induce antibodies in humans to fight the ever-changing virus.

Now, researchers in a large-scale collaboration at a number of institutions say they have taken a major — though early — step toward such a vaccine development.

Experiments with the vaccine were successful in a mouse model that mimicked the human immune system.

The achievement was described in five papers published simultaneously in the journals Cell, Immunity and Science.

Frederick Alt, director of the Program in Cellular and Molecular Medicine at Boston Children’s Hospital, led researchers in creating the humanized mouse model.

Alt says the approach, referred to as “sequential vaccination,” retrains the immune system’s B-cells to recognize the HIV virus in all its forms and kill it by producing highly specific antibodies.

Scientists worked with non-infectious, genetically modified HIV proteins. These stimulated young immune system cells, called precursor B-cells, to produce oddly shaped antibodies. The antibodies — which can recognize mutated versions of the AIDS virus — attach themselves to other components of the immune system that then seek out and destroy the virus.

So far, scientists have engineered two proteins to prime the immune system, which were shown in the mouse model to produce antibodies with many of the same genetic features as naturally produced broadly neutralizing antibodies.

Because there are millions of varieties of HIV, vaccination would require more than one shot, according to researcher Bill Schief, a vaccine designer for the International AIDS Vaccine Initiative.

“Basically, what we are trying to do … is devise vaccines that will teach the human immune system to produce broadly neutralizing antibodies so that after you get the vaccine … if you are ever exposed to the virus, you’ll be protected no matter which of the tens of the millions of strains that are circulating now that you’re exposed to — hopefully, it won’t matter, if we do our job perfectly well,” Schief said.

Researchers plan to test one of the stimulating proteins in a clinical trial next year, to see if it activates B-cells as intended.

It is work that scientists hope will rewrite the rules of vaccine development, and vanquish a formidable foe — the AIDS virus — for good.