Sendai virus defends against a threat 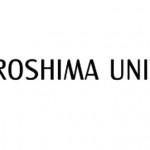 A research group at Hiroshima University demonstrated the mechanism by which the Sendai virus (SeV) escapes the host immune system.

The researchers examined the crystal structure of the complex of SeV C protein and transcription factor STAT1, and found that SeV C protein inhibits the signal transduction pathway of interferon gamma. This discovery will allow the design of drugs that can be used to overcome recover from damage caused by interferon, wherein the drug acts by inhibiting the binding between C protein and STAT1.

SeV has unique C proteins, which are basically nonessential accessory proteins. However, these C proteins are essential for efficient viral replication in cells and animals as well as for causing diseases. C proteins were reported to obstruct STAT1 activation after interferon stimulation, but it remained unclear as to how C proteins bind and affect STAT1 and inhibit transcriptional activation.

Professor Sakaguchi, the principle investigator of this study, said “using crystallography techniques, we examined how virus escapes from host-secreted interferons in virus-infected cells.”

Professor Takemasa Sakaguchi and his research group at Hiroshima University determined the crystal structure of the complex of STAT1 and C protein. Their results suggested that the binding of C proteins and STAT1 dimer seems to force STAT1 to take up a parallel and inactivated form. “The inactivated STAT1 form inhibits signal transduction by interferon, thus allowing SeV to escape the action of the host immune system,” he explained.

“We need to continue to clarify the behavior of the STATs heterodimer formed by interferon alpha/beta stimulation in the presence of the C proteins. It is expected that the molecular mechanisms underlying the inhibition of interferon signal transduction by C proteins would then be fully identified. We are making efforts to apply these findings in the development of drugs against viruses such as human parainfluenza virus,” Professor Sakaguchi described.