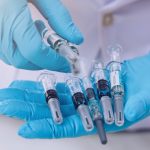 It is estimated that there are around 110 vaccine candidates under development of which only eight have so far reached the clinical study phase. According to global brokerage and research firm, Morgan Stanley, of that eight, six will see success and also be able to scale up their production to meet the demand of these vaccines. According to the research arm of the firm, Moderna, Pfizer/BioNTech, AstraZeneca/University of Oxford and CanSino will be most likely available before the end of 2020. Vaccines from J&J and Sanofi/GSK are expected in the first half of 2021 and in the second half of 2021 respectively.

Moderna’s mRNA-1273
United States-based biotechnology company, Moderna, has developed this vaccine. This vaccine is at a clinical stage. Recently, the company stated the Phase 1 study showed positive results. At present, it is focusing on safely making it to the Phase 3 study in July. The company’s mRNA-1273 vaccine study was led by the National Institute of Allergy and Infectious Diseases (NIAID), part of the National Institutes of Health (NIH). It expected Moderna will be able to produce one billion COVID-19 vaccines, if the vaccine is successful during the trial. But it is one of the fastest movers.

BioNTech and Pfizer’s BNT162
This vaccine was tested in Germany. It was administered to 12 people who had enrolled for the trial. Now, this trial has been extended to the United States. BioNTech and Pfizer have begun administering the vaccine to the US participants as part of the US clinical trial. The company claimed the dose-escalation stage of the trial will enroll up to 360 subjects, initially in New York and Maryland. BioNTech-Pfizer has been working closely with researchers at NYU Grossman School of Medicine and the University of Maryland School of Medicine to develop this vaccine.

University of Oxford’s AZD1222
The phase 1 trial of this vaccine began on April 23 in the United Kingdom. AZD1222 was developed at the University of Oxford, Jenner Institute. Oxford University has entered into a partnership with UK-based global biopharmaceutical company, AstraZeneca to further develop, manufacture in large scale and assist in distribution of the vaccine. AstraZeneca had agreed to supply at least 400 million doses in the first agreement. The company has manufacturing capacity for one billion doses and assures first deliveries in September 2020.

CanSino Biologics’ Ad5-nCoV
2009-founded CanSino Biologics is developing a vaccine, Ad5-nCoV, for COVID-19. It was the first COVID-19 vaccine candidate in the world to begin Phase 2 human trials. This vaccine was developed jointly with the Institute of Biotechnology, The Academy of Military Medical Sciences of the People’s Liberation Army. Other than COVID-19, the company is conducting research to develop Ad5-EBOV to prevent Ebola. For COVID-19, CanSino Biologics has also collaborated with the National Research Council of Canada (NRC). CanSino Biologics and NRC have been associated for various research since 2013.

Sanofi and GSK’s mRNA-based vaccine
French pharmaceutical giant Sanofi is still conducting trials for the vaccine. But it landed in controversy for claiming that it will give the US first access of COVID-19 vaccine. However, the company retracted the statement after the French government expressed resentment over this statement. The company CEO Paul Hudson had said that the US was the first to fund the company’s vaccine research and hence, has the right to the largest pre-order. Sanofi Pasteur, the vaccines global business unit of Sanofi, was known for its work on SARS vaccine. Sanofi has collaborated with the Biomedical Advanced Research and Development Authority (BARDA), part of the U.S. Department of Health and Human Services. Most recently, Sanofi and GlaxoSmithKline (GSK) announced their collaboration in the fight against COVID-19.

Johnson & Johnson’s vaccine
The company has claimed that it started work on the vaccines since January 2020. The vaccine is not named yet. The company has made a significant expansion of the existing partnership between the Janssen Pharmaceutical Companies of Johnson & Johnson and the Biomedical Advanced Research and Development Authority (BARDA) by partnering for COVID-19 vaccine. The company has claimed that its manufacturing capacity can provide global supply of more than one billion doses of a vaccine. The company anticipates the first batches of a COVID-19 vaccine could be available for emergency use authorisation in early 2021.