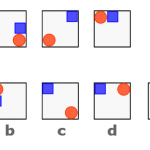 The Danish study, published in the Public Library of Science journal PLOS ONE, is the largest of its kind to show a clear correlation between common infections of the stomach, skin, or urinary tract and impaired mental abilities.

“Our research shows a correlation between hospitalization due to infection and impaired cognition corresponding to an IQ score of 1.76 lower than the average,” said lead researcher Michael Eriksen Benrós, M.D., with the University of Copenhagen.

“People with five or more hospital contacts with infections had an IQ score of 9.44 lower than the average. The study thus shows a clear dose-response relationship between the number of infections, and the effect on cognitive ability increased with the temporal proximity of the last infection and with the severity of the infection.”

He suggested the immune system itself can affect the brain to such an extent that the person’s cognitive ability measured by an IQ test will also be impaired many years after the infection has been cured.

According to co-researcher Michael Eriksen Benrós, infections may promote inflammation that affects the brain.