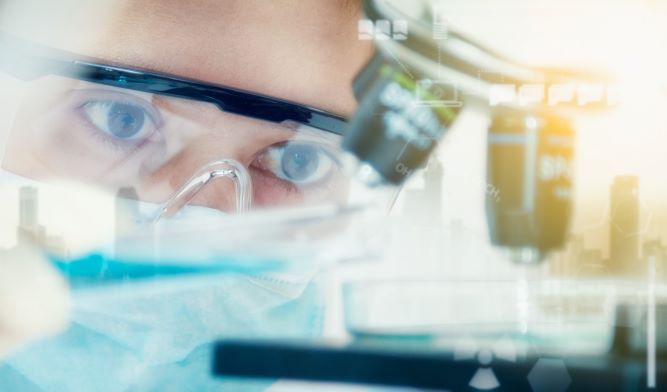 Study raises concerns about the effectiveness of the monkeypox vaccine

An new study is raising concerns about the effectiveness of the monkeypox vaccine being used in the United States and other parts of the world.

The work, which has not yet been peer-reviewed, found that two doses of the vaccine induced relatively low levels of neutralizing antibodies against the monkeypox virus, and those antibodies had poor neutralizing capacity.

The researchers noted the so-called correlates of protection — what is needed, in terms of immune system weaponry, to be protected against monkeypox — are not known. Still, the evidence of low levels of neutralizing antibodies raises questions about how much protection is generated by two doses of the vaccine, marketed as Jynneos in the U.S. and made by the Danish manufacturer Bavarian Nordic.

“At this moment it is unclear what the relatively low [monkeypox virus] neutralizing titers mean for protection against disease and transmissibility,” the researchers, from Erasmus Medical Center in Rotterdam, the Netherlands, wrote.

But one of the senior authors of the paper said what is clear is that people being administered this vaccine ought to be cautious about assuming they are protected against infection.

“The expectation is not that this will provide sterilizing immunity,” said Marion Koopmans, who heads Erasmus’ department of viroscience, referring to the type of immunity that will block infection.

Koopmans added that controlling the outbreak will require a suite of transmission-reducing tools, including isolation of cases, tracing and quarantining of contacts, and vaccination of people who have been exposed to the virus or are at high risk of exposure.

Inger Damon, who heads the division of high-consequence pathogens and pathology at the Centers of Disease Control and Prevention, said that studying how much protection the vaccine offers is critical, especially given that many of the people contracting it may be becoming infected via exposure of mucus membranes to infectious lesions. Mucus membranes are more delicate than skin, potentially allowing a larger dose of virus to infect an exposed individual.

“I think this is something that we have to very carefully follow, and we need to really be very forthright in helping the community who is at risk to understand what the limitations of our knowledge is,” Damon told STAT earlier this week in an interview. On Friday, she said Koopmans had shared the data in the study with the CDC before it was posted online.

“Foundational to all of this will be to understand the progression of disease and the immune response to disease with the different routes of infection that we believe we are seeing,” Damon said in an email. “This is complicated, and will require concerted, coordinated, and collaborative efforts to find the right solutions to stop the spread of disease. Good health communications, and effective harm reduction messages are going to be integral.”

The Erasmus study suggests, among other things, that a one-dose regimen seems to be inadequate to induce protection.

“The second vaccination is important for reaching detectable antibody levels, as individuals in a single-shot regimen hardly developed antibody responses four and eight weeks after vaccination,” the researchers wrote.

The study also casts a shadow over the recent decision by the U.S. government and others to stretch vaccine supplies by giving people one-fifth of a regular dose — and to do so by intradermal (into the skin) rather than subcutaneous (under the skin) injection. Intradermal administration, which requires smaller doses to be protective, has been shown to be effective in other disease outbreaks with other types of vaccine.

The decision to use this dose-sparing approach — which allows up to five people to be vaccinated with the amount of vaccine normally used for one — was largely based on a small study that compared immune responses generated by two fractional doses given intradermally to two full doses given subcutaneously. They were deemed to be comparable.

But Koopmans and her colleagues saw another result in an earlier Erasmus study that tested fractional doses of a bird flu vaccine using the same vaccine backbone as the Bavarian Nordic product.

Jynneos uses a modified vaccinia virus — called MVA, the same attenuated virus formerly used to vaccinate against the now-eradicated smallpox — to teach the immune system to be on guard for monkeypox, a related virus.

The same MVA backbone was used in an experimental vaccine to protect against H5N1 bird flu. There, the two fractional doses generated lower amounts of antibodies than the full doses did, the researchers reported.

“This same trial indicates that dose-sparing … has a negative effect on the serological outcome of vaccination,” they wrote.

It should be noted that in that trial, the fractional doses were administered by intramuscular injections, not intradermal. Koopmans said the group is planning to test whether intradermal vaccine administration would improve results, once it has been cleared to conduct the study.

Asked if she thought public health authorities should rethink giving fractional doses of monkeypox vaccine, she wrote: “I think it requires testing.”

So does Michael Osterholm, director of the University of Minnesota’s Center for Infectious Diseases Research and Policy. Osterholm thought the move to fractional dosing was made too quickly, based on too little data.

“I realize in a public health crisis, sometimes you have to make decisions with imperfect information,” he said after reading the Erasmus study. “But this is the kind of data that I think everyone needs to take a step back now and say: What does this mean for what we’re doing right now?”

“They don’t have a lot of other tools,” he acknowledged. “But at the same time, if the tool you’re using isn’t adequate to do the job, then you have to consider that. Do we need to go back to full dose?”

Osterholm and others expressed concern that people getting the vaccine will conclude they have a level of protection that they may not have.