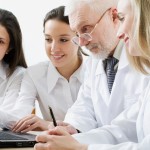 A recent study led by researchers from the University of California, Los Angeles revealed that a variant of a century-old vaccine is more effective at protecting against tuberculosis in animal models.

The results of the study, published in the September issue of Infection and Immunity, also show that the Bacille Calmette-Guerin (BCG) variant cross protects against leprosy, ScienceDaily reports.

“This is the first study demonstrating that an improved vaccine against tuberculosis also offers cross-protection against Mycobacterium leprae, the causative agent of leprosy,” Marcus Horwitz, a professor of medicine and microbiology, immunology and molecular genetics and the study’s senior author, said, according to ScienceDaily. “That means that this vaccine has promise for better protecting against both major diseases at the same time.

The vaccine variant, known as rBCG30, is a recombinant variation of BCG that overexpresses a highly abundant protein of the tuberculosis bacterium. The researchers also found that boosting rBCG30 with a specific antigen provided mice with considerably more protection against leprosy.

A phase I human trial for rBCG30 found that the vaccine is both safe and significantly more effective than BCG in protecting against TB, although the researchers said more studies must be conducted to determine its additional protection against leprosy, ScienceDaily reports.