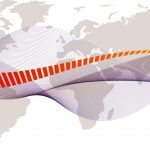 Human infectious diseases are unlikely to reach the same level of globalisation as the people who transport them, according to new research.

More international travel than at any time in history means that human infectious diseases have a greater opportunity to hitch a ride with human travellers and develop into international epidemics, like SARS, MERS and HIV.

However, a new study finds that human air traffic still plays a relatively minor role in explaining which diseases occur where. Instead, diseases remain restricted by physical and ecological barriers, like oceans, environmental conditions like climate, or the presence of other species that they depend on, such as insect transmitters or other animal hosts.

The study has been published in the journal Proceedings of the National Academy of Sciences (PNAS) by Dr Kris Murray, from the Grantham Institute at Imperial College London, and colleagues from Boston Children’s Hospital Informatics Program and EcoHealth Alliance, both in the USA.

The researchers studied the distributions of 187 human infectious diseases across 225 countries, looking for clues to explain why some diseases are shared between different countries, while others are not.

They found a pattern that was most similar to the distributions of the regions’ plants and animals – the more biodiversity shared between countries, the more diseases are also shared.

Dr Murray said: “While human activities have certainly contributed to the spread of infectious diseases into new places, on the whole, patterns of human infectious disease still look quite similar to patterns of wildlife biodiversity. This is probably because they follow similar ecological rules.”

These rules, such as the diversification, dispersal, and extinction of species, shape global distributions of animal and plant groups. For example, they explain why Australia is home to koalas, while Canada has grizzly bears.

Dr Murray said: “We’re not saying that human travel isn’t important – but when you look at all diseases together, the influence of human activities on their distributions still looks surprisingly small. The complete obliteration of biogeographic barriers has not yet occurred, and these will continue to define which diseases occur where in the face of global change. To some extent, their ecologies resist it.”

EXCEPTIONS TO THE RULE

Dr Murray says this is good news because the results reflect just how rare it is for diseases to become pandemic.

“Disease outbreaks rightfully demand our attention – they can be devastating, international disasters,” he said. “But our results help explain why most diseases remain quite restricted, particularly those that need other species to help transmit them, like vector-borne diseases and diseases that come from other animals. At the same time, most new disease risks come from other animals, mostly from wildlife, so it’s somewhat comforting to see that they are also the groups that have the greatest difficulty in overcoming natural barriers to become very widespread. SARS, MERS and Ebola really are the rare exceptions to the rule.”

DISEASES IN A CHANGING WORLD

According to Dr Murray the results have practical applications in identifying and managing unknown, poorly known and emerging infectious diseases.

“If you look at many diseases together you can start to see predictable patterns, such as geographical areas that have very similar disease risks,” he said. “These areas are often closer together, but more importantly they also share more biodiversity. To a lesser, but still important, extent they have more similar populations, climates and greater human connectivity.

“That information can potentially help us monitor changes in the distributions of diseases in a changing world, such as what is happening with climate change or increasing human travel and trade. It could also mean more rapidly identifying where emerging diseases come from, or perhaps even helping to discover completely new pathogen species before they have the opportunity to emerge.”