Study: Vaccines not to blame for onset of Guillain-Barré Syndrome 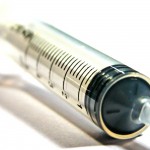 Vaccines, including those used in protecting against influenza, do not put a person at increased risk of Guillain-Barré syndrome despite wide-spread concerns, according to a Kaiser Permanente study published in the journal Clinical Infectious Disease.

Furthermore, researchers also found that 277 of the patients had a respiratory or gastrointestinal illness in the 90 days preceding the onset.

“If there is a risk of Guillain-Barré syndrome following any vaccine, including influenza vaccines, it is extremely low,” said Dr. Roger Baxter, co-director of the Kaiser Permanente Vaccine Study Center and lead author of the study.

Guillain-Barré syndrome is an acute disease thought to be an autoimmune disorder resulting in destruction of a nerve’s myelin sheath and peripheral nerves.

Often, the syndrome is temporally associated with an infectious disease with most published case series reporting that approximately two-thirds of all related incidents were preceded within three months by gastrointestinal or respiratory infection.

Initially linked to the influenza vaccine in a 1976 study, the relationship has never been clearly established since then, and while reports of an association with other vaccines have occurred, they have not been confirmed, the researchers report.

Furthermore, previous studies of the Guillain-Barré syndrome as a possible adverse event related to vaccines have been confounded by differences between vaccinated and unvaccinated individuals that might have gone unmeasured, Dr. Baxter said.

He and his team further explained that variables that change over time, such as infectious disease or rates of vaccination, can lead to confusion in observational studies that look at already collected data versus randomizing people to treatment versus a placebo.

For this reason, they argue, it is necessary to use special epidemiological and statistical methods to overcome these discrepancies.

In this case, the scientists used a case-centered study design used to conduct this research focusing on the outcome, then looking back to determine vaccination status.

Such a method, the researchers explained, is capable of controlling for many variables that change over time and, as a result, allows for a more accurate assessment of Guillain-Barré syndrome risk or recurrence after vaccination.