The perfidious virus – why HIV is so hard to beat 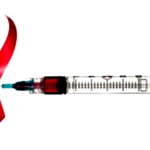 Doctors in Spain successfully treated an AIDS patient – but don’t want to speak of a cure. The problem: HIV can “hide” in human DNA for a long time and resurface long after a patient is considered HIV free.

Approximately 35 million people were living with AIDS in 2013, according to the World Health Organization. And doctors in Spain have now taken a significant step towards improving their lives.

A 37-year-old man who was infected with HIV in 2009 was treated at the Catalan Oncology Institute, where he received blood transplants from the umbilical cords of people who are genetically resistant to HIV. They carry a mutation that prevents the autoimmune disease from entering cells in the human body.

“After he had received the cord blood transplant, the patient didn’t have detectable levels of HIV,” said Rafael Duarte, director of the Hematopoietic Transplant Program at the Barcelona clinic.

Unfortunately, the so-called “Barcelona Patient” couldn’t undergo annual exams to see whether the disease really stayed gone – he died of lymphoma, the original reason for his stay at the Catalan Oncology Institute, three years after the treatment.

That’s why the scientists in Spain themselves are also cautious using the word “cure.” After all, regularly following up on patients who are considered “healed” is of paramount importance in the fight against AIDS. The dangerous disease can always return, even if it has lain dormant for months or years.

AIDS researcher Ole Schmeltz Sogaard from Aarhus University in Denmark also believes a long period of disease absence is a must before even mentioning the word “cure.”

“A person has to be disease-free for five years to be considered cured of cancer,” Sogaard said. “Something similar should be considered for HIV, because we know that something like six months is not enough.”

The case of a young US girl is a painful reminder. The “Mississippi Baby” was born with HIV in 2010 to an HIV-positive mother. Within hours, doctors started the infant on an aggressive cocktail of antiretroviral drugs to fight the virus. The family stopped the treatment after 18 months, and when the girl was next examined 10 months later, her blood showed no trace of the virus or its antibodies. The initial treatment seemed to have been enough to beat down HIV.

But in July 2014, after the girl had been off the medication for 27 months, hopes were dashed that the drug cocktail was a perfect weapon against AIDS. In one of the regular exams the girl underwent every six to eight weeks, doctors discovered that the viral load in the child’s blood had sharply increased. Simultaneously, the markers of a regularly functioning immune system had dropped.

The return of the disease seemingly occurred out of nowhere. Hannah Gay, a pediatrician at the University of Mississippi Medical Center who treated the girl, said it felt like a “punch in the gut.” Doctors and researchers had put high hopes in the apparent cure and were making plans to replicate the treatment with other HIV-positive children. Now they have to start over.

The problem is that HIV can “hide” in cells so that doctors cannot detect it and medication cannot attack it. The Mississippi Baby is receiving treatment again, now that the virus has resurfaced in her blood full force. This is necessary because the original treatment didn’t catch the virus’ hidden reservoirs.

But Ole Schmeltz Sogaard and his colleagues at Aarhus University in Denmark might have discovered a remedy to this problem.
The name of their method: “Kick and kill.”

Currently, when an HIV-positive patient is receiving treatment and doing well, there is no measurable virus level in his or her plasma. But the HIV is still in his DNA, Sogaard says.

“This is what we call ‘latent infection.’ If the patient stopped taking his medication, the virus would just reactivate.” That’s why a lifelong drug regimen is necessary to keep the virus at bay.

With “kick and kill,” this could one day be a thing of the past.

“The immune system cannot tell the difference between a cell with HIV in its DNA and a cell without HIV,” Sogaard said. “If you can bring this hidden virus out of its hiding place, the cells become exposed and can be killed by the immune system. So the trick is to kick the virus that is in the DNA out onto the surface of the cell, so the cell can be recognized and killed.”

What does the future hold?

The HIV researcher is still working on a cocktail that can do both the kicking and the killing efficiently. So far, he and his colleagues have only worked with drugs that work on one task or the other.

Once completed, however, the “kick and kill” method could do good the world over. The researcher said it is extremely scalable and could be used in developing countries without problems. That’s important, because the disease is far more widespread in Africa than anywhere else.

Sogaard has high hopes for his project and the future of the fight against AIDS in the long term.

“I don’t think there is any reason to believe that there will be a cure within the next five to ten years,” he said. “Having said that, I’m optimistic and I’m pretty sure we’ll get to where we want to go eventually and that there is a cure for HIV.”