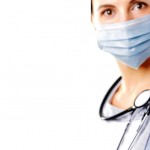 Scientists may have found a way to create injectable, 3D vaccines that could help fight cancer. They’ve shown a non-surgical injection of programmable biomaterial that spontaneously assembles in vivo into a 3D structure that has the potential to prevent cancer and fight off infectious diseases, such as HIV.

The 3D structures are tiny biodegradable rod-like structures made from silica, called mesoporous silica rods (MSRs). These rods can be loaded with biological and chemical drug components and then delivered by needle just underneath the skin. The rods spontaneously assemble at the vaccination site to form a three-dimensional scaffold, like pouring a box of matchsticks into a pile on the table. The porous spaces are large enough to recruit and fill up with dendritic cells, which monitor the body and trigger and immune response when diseases are detected.
“Nano-sized mesoporous silica particles have already been established as useful for manipulating individual cells from the inside, but this is the first time that larger particles, in the micron-sized range, are used to create a 3D in vivo scaffold that can recruit and attract tens of millions of immune cells,” said Jaeyun Kim, co-lead author of the new study, in a news release.

Currently, the researchers are using this method in order to focus on developing a cancer vaccine. Yet in theory, they could also manipulate which type of dendritic cells or other types of immune cells are recruited to the 3D scaffold. This would potentially treat multiple diseases.
So far, the scientists have only tested the 3D vaccine in mice. However, tests have shown that it’s highly effective. In fact, one test revealed that the injectable 3D scaffold recruited and attracted millions of dendritic cells in a host mouse, before dispersing the cells to the lymph nodes and triggering a powerful immune response.

The findings could be huge in creating new therapies for those with cancers and other diseases. Since the vaccine works by triggering an immune response, the method could also be used preventatively by building up the body’s immune resistance prior to infection.

The findings are published in the journal Nature Biotechnology.