The promise of vaccines for preventing and eradicating disease 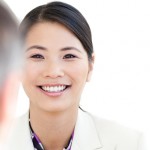 During the last three decades, the biopharmaceutical industry has invested significantly in new and improved vaccines. The results have provided remarkable new ways to prevent cases of cervical cancer, meningitis, pneumonia, pandemic influenza, and rotavirus diseases.

The collaborative efforts of the Centers for Disease Control and Prevention (CDC), World Health Organization (WHO), national governments and industry have led to major progress in addressing global immunization goals and reducing illness and death due to vaccine-preventable diseases.

According to the WHO, immunizations prevent between two and three million deaths each year. Thanks to polio eradication efforts, for example, the WHO estimates that more than eight million people are walking today who would otherwise be paralyzed, and the incidence of polio has declined by 99.8 percent. In 1980, before widespread vaccination, measles caused an estimated 2.6 million deaths annually. The WHO reports that the number has dropped by 71 percent, thanks to vaccinations.

Vaccines do not just save lives, they also save money. The CDC estimates that for every dollar spent in the U.S. on pediatric vaccines, we save $10.20. In fact, the U.S. saves almost $70 million in direct and indirect costs each year as a result of the pediatric vaccination program. In 2005, Harvard University scientists calculated that spending on the GAVI Alliance’s program to expand vaccine coverage would deliver a rate of return of 18 percent by 2020, higher than most other health preventions. The Gates Foundation, meanwhile, has found that just three vaccines – HIB, pneumococcal and rotavirus – have the capacity to save $63 billion annually.

Although vaccinations are among the most cost-effective health interventions developed, vaccine development is a highly complex, lengthy, expensive and high-risk venture. Despite that hurdle, the research and development pipeline is robust. According to BIO Ventures for Global Health, there are more than 200 vaccines in development targeting 23 neglected diseases that disproportionately affect the poorest countries, such as dengue, cholera, malaria, and tuberculosis.

As science expands and our world shrinks, we have unrealized opportunities to reach and save greater numbers of people. We have the power to increase the availability of vaccinations to respond to a wider variety of infectious and non-infectious diseases.

With that in mind, the Decade of Vaccines was introduced at the World Economic Forum in Davos, Switzerland in January 2010 with a generous pledge of $10 billion from the Bill & Melinda Gates Foundation. This money will be dedicated to researching, developing, and delivering vaccines where they’re needed the most.

What will it take to continue this pace of discovery and sustainable delivery of high-quality new vaccines? Investment is critical to the answer: costs can range between $200 and $900 million to develop a single new vaccine, taking anywhere from 10 to 20 to 30 years until approval is granted.

But the return on investment is unmatched: saving lives, here and around the world.

Leaders in Washington can help by raising public awareness about value of vaccines, backing vaccine development and continued appropriations for global and domestic immunization programs to sustain this vital global health partnership to expand availability and equitable use of vaccines and accelerate innovation into new, life-saving vaccines.

One step would be for the U.S. Government to renew its financial commitment to the GAVI Alliance, a public-private partnership dedicated to saving and improving lives by increasing access to life-saving vaccines. As one of GAVI’s first donors, the U.S. has supported the Alliance toward reaching its goal of preventing the deaths of almost five million people by the end of 2015.

Next week, the biotechnology industry will gather in Chicago for the 2013 BIO International Convention, where the industry will reconfirm its commitment to vaccines development and the Decade of Vaccines. We call on our dedicated lawmakers across Capitol Hill to reconfirm their commitment as well.