The science is clear: Vaccines save and improve lives 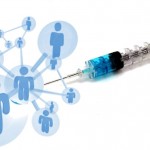 Vaccination is considered one of the top 10 medical achievements of the 20th century. Vaccines now protect us from such vaccine preventable diseases as the flu, measles, mumps, rubella, pertussis, polio, and certain forms of cancer.

Yet recently, the country has seen a resurgence of some of these diseases as vaccination rates fall among certain groups. While Delaware’s vaccination rates are high, we still see outbreaks, including last month’s flu outbreak at a New Castle County prison and the 2014 outbreak of whooping cough, mainly in Kent County.

What would happen in this country if our vaccination rates dropped further or we stopped vaccinating?

We would find ourselves battling diseases long thought eliminated or under control. In the early to mid-20th century, polio was one of the most feared childhood diseases in the US. In 1952, the worst outbreak in U.S. history resulted in 50,000 cases of polio, with more than 21,000 individuals left paralyzed and 3,145 people dying. After a vaccine was discovered, the U.S. began widespread vaccinations in 1955. By 1965, there were only 61 U.S. cases and by 1979, the virus was eradicated.

In 1964-65, rubella (German measles) sickened more than 12 million Americans, killed 2,000 infants and caused 11,000 miscarriages. By the early 21st century, U.S. cases had been cut to a handful. The disease, like many vaccine-preventable diseases, has almost been eliminated from the U.S. In 2012, only nine cases of rubella were reported to CDC. However, rubella is still endemic elsewhere in the world and easily can make a resurgence without active vaccination programs.

In 2015, we saw what happened when parents did not vaccinate their children against measles. The CDC believes one of several measles outbreaks last year began when an infected overseas traveler passed on the highly contagious infection to unvaccinated children in Disneyland in California. Between January and November 2015, there were 189 cases of measles, a disease virtually thought eliminated in this country.

Whooping cough (Pertussis) is another vaccine-preventable disease that is resurging. More than 200 cases of that highly contagious respiratory disease were reported to Delaware Division of Public Health in 2014 following an outbreak in a largely unvaccinated population. The actual number of cases was likely higher.

Every person over the age of six months should receive the flu vaccine each year to prevent influenza. The flu vaccine can prevent the illness or lessen the severity of symptoms. And flu vaccines protect not only the person who receives the shot, but also those around them (especially babies who may be too young to be vaccinated, the elderly, and those with underlying health conditions or weakened immune systems).

Young women and men ages 9 to 26 should get the Human Papillomavirus (HPV) vaccine to prevent infection by the HPV virus, the most common sexually transmitted infection. HPV infection can cause cancer of the womb (cervical cancer), the throat, and cancers of the anus and penis. It also can cause genital warts. The CDC recently announced encouraging news that HPV rates have dropped sharply in teens and young women since 2006 when the vaccination became recommended.

Adults 60 years and older may be protected from shingles by receiving the shingles vaccine. Shingles is a very painful rash caused when the chickenpox virus reactivates in the body. Older adults also should ask their doctor when to be vaccinated against pneumococcal bacteria, which can lead to pneumonia or infections of the blood and lining of the brain. And if it’s been 10 years since your last tetanus shot, you may need a booster to protect yourself from Tetanus bacteria. Your doctor may give this as a combination vaccine that also boosts your whooping cough protection.

Delawareans should talk to their doctor about whether they need a Hepatitis A or B vaccine. Hepatitis A vaccine protects against a viral infection caused by eating or drinking contaminated food or water. Hepatitis B vaccine protects against a serious liver infection caused by contact with infected blood or body fluids, including birth, unprotected sex, sharing toothbrushes and razors, needle stick injuries, or touching bites, cuts, or sores on the skin. Household members and sexual partners of persons with Hepatitis B should receive the Hepatitis B vaccine.

To prevent measles, children (and some adults) should be vaccinated with the measles, mumps, and rubella (MMR) vaccine. Also, when traveling overseas, it is important to ensure that you are vaccinated against the measles virus, as it is more prevalent in other countries than it is in the United States.

Vaccinations prevent disease and reduce suffering, improve our quality of life, and help us live longer. Don’t risk your life or the lives of your children and loved ones. Make it a health priority for you and your family to be caught up with your vaccinations.