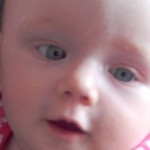 Three babies have been declared HIV-free after being treated with a revolutionary new drug only hours after they were born.

The fourth child only has ‘a very low level’ of the virus after receiving the same treatment.

The findings, to be announced at the AIDS 2014 conference in Melbourne, are considered to be a breakthrough in the fight against AIDS and suggest the disease could eventually have a higher chance of eradication if intervention is taken early enough.

AIDS 2014 co-chairman, Professor Sharon Lewin, told the Daily Mail Australia that despite some people labeling the revolutionary results a treatment, it could not yet be classed a complete ‘cure’.

‘At the moment, the doctors do not know whether they are in fact cured. The only way they can tell is if they stop the anti-HIV drugs and see if it comes back,’ Professor Lewin said.

‘We are excited about this though because all four received very early treatment after delivery, and when doctors tried to locate the virus they could find virtually no viruses in their systems.’

After contracting the virus from their mothers, the four Canadian-born children were given a high dose of three different antiretroviral drugs.

Over 14,000 delegates from nearly 200 countries will attend the event to share their research and the latest scientific advances in the field.

News of the four babies and their success stories comes only a year after the very first child to ever be ‘cured’ of HIV was officially announced.

The mother of the child only found out that she was infected with HIV during her labor and thus was not able to take precautionary action which could help her unborn child avoid infection.

According to the University of Mississippi, Dr. Hannah Gay associate professor of pediatrics and a HIV specialist, gave the baby a three-drug antiretroviral therapeutic prescription, beginning the treatment when she was only 30-hours-old – despite not having confirmation that the baby was infected at the time.

Only 29 days later, the virus could not be found in the infant’s system and did not return after the child stopped taking her prescription.

The results were considered a breakthrough in HIV treatment and have led doctors to believe they are closer to a cure for the infection.

However the four Canadian children are yet to stop taking their treatment and doctors are unable to determine if the virus is likely to return if they do.

Another event which led to the cure of a patient’s HIV was Berlin patient Timothy Ray Brown who was cured after he received a bone marrow transplant from a donor who was resistant to the infection.