Treating patient, not virus, could beat many flu strains at once 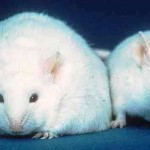 A radical new approach to fighting influenza could not only save countless lives each year, it could pave the way for other drugs in the future. Called Vasculotide, it represents a paradigm shift in the thinking of fighting deadly viruses.

Rather than trying to kill the virus itself, or stop it from infecting the body, Vasculotide simply stops the infected body from leaking fluid into the lungs. That’s all it does — yet, in testing, it was able to save 80% of two types of mice from three different and normally completely fatal strains of the flu.

This is possible because, while Vasculotide completely stops the virus’s ability to enact its single most deadly symptom, the drug does not depress the natural immune system in the process. Our immune systems are almost always capable of killing off invaders, but not always of doing so before the virus kills the host. By simply fighting the onset of respiratory problems like pneumonia, the drugs keeps the host alive so the immune system has the time it needs to beat the virus.

This might not sound like such a big deal; after all, toughening the body against a virus is not a conceptually new idea, and could even theoretically encompass taking vitamins while sick. However, the ability to specifically and reliably prevent a downstream effect of disease — that is to say, the end of the chain reaction begun by the virus — could let it be uniquely generalizable. The tests published this week found success fighting the 2009 Swine Flu pandemic strain, among others.

As mentioned, the drug was tested with multiple species of mice and multiple strains of the flu. All mammalian blood vessels share this basic process of fluid transfer, and the vast majority of flu viruses kill at least some of the infected via respiratory failure, so by modifying that process Vasculotide could protect a wide array of animals — say, humans — from a wide array of diseases, and not just from within the influenza family.

Another great advantage to treating the symptom in this way is that the drug can be administered well after infection, and even after the onset of symptoms, and still be effective. This is said to “rescue” the mice from infection, something even modern anti-viral medication like Tamiflu can’t do with any regularity. And unlike Tamiflu and other major compounds, this one can be mass-produced at an affordable price, which is important when the areas most tormented by influenza are also the areas with the least ability to pay for expensive treatments.

That’s because, by targeting the lungs, this approach does not tie its effectiveness to winning or losing a battle with highly evolved replicating viruses. Rather, its success is simply determined by whether it can make a simple modification to the actions of epithelial cells in the lungs — and that change is made independent of the density or replication rate of the virus. Unlike so many wide-focus viral treatments, Vasculotide need not be administered preemptively. This could be a powerful technique, when used in concert with anti-viral drugs to fight the flu more conventionally, depressing its other, less often fatal symptoms as well.

Best of all, since the drug focuses on effects, it could be effective even against drug-resistant strains of a disease. It’s certainly possible that a virus would evolve around Vasculotide’s effect — the lack of respiratory leaking lowers its transmissibility to hosts, lowering its evolutionary fitness — but such an evolved response would be independent of many other sorts of resistances. A resistance to this treatment would have to come in the form of a modified form of lung-attack, rather than a specific resistance to the Vasculotide molecules themselves.

These are the sorts of solutions that are needed if we’re going to head off the evolution of drug-resistance: not just newer, better, faster solutions, but fundamentally new ones.