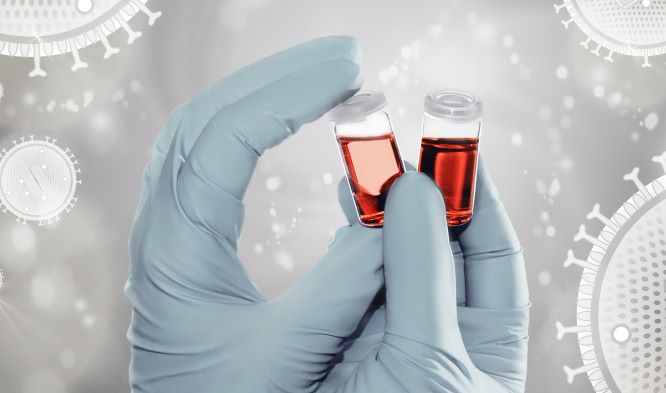 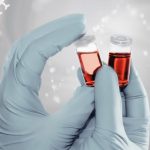 First steps towards protection from the many and variable viral strains

Volunteers in the US recently received the first experimental doses of a new type of HIV vaccine. Using Moderna’s mRNA platform, the vaccine has been developed in partnership with the International Aids Vaccine Initiative (IAVI). While huge amounts of development are still required to create a successful vaccine, the speed and flexibility of mRNA may accelerate the process.

The new strategy first relies on a highly engineered protein to trigger immune system B cells to produce special broadly neutralising antibodies. ‘We need to induce antibodies that bind to the HIV spike and prevent it binding to the human target cells,’ says William Schief at Scripps Research, US, who developed the protein antigen (eOD-GT8 60mer) for this vaccine.

While Sars-CoV-2 has tens of variants of its spike protein, each person infected with HIV has many more versions of the HIV surface protein. Previous vaccines could not deal with this extreme variability of HIV. ‘We need to design antibodies that can neutralise a huge number of different HIV spikes, so they have to be able to bind to patches of the spike that don’t change very much,’ explains Schief.

No vaccine had yet induced broadly neutralising antibodies. However, they have been found in a few rare patients who developed antibodies against many different strains of HIV. ‘They are quite specialised beasts,’ says Dennis Burton, an immunologist at Scripps not directly involved in the antigen. ‘You need well-designed proteins to activate them, even to start the process.’

Results from an earlier trial, IAVIG001, relied on the protein with an adjuvant to boost the immune reaction. Last year, Schief presented results showing that the protein kicked off production of the right B cells in 97% of trial subjects. ‘Its job is to trigger naïve B cells that have the right genes in them with the potential to develop into broadly neutralising antibodies,’ says Schief.

The new IAVIG002 trial seeks assess whether an mRNA vaccine can prime the same precursor B cells. ‘Two weeks or so after immunisation, we will probe the lymph nodes under the arm and remove some of cells,’ says Jeffrey Bethony, an immunologist at George Washing University – one of four US sites involved in the trial. ‘Then we can take a good look at whether we are stimulating germline B cells.’

The eoD-GT8 protein developed at Scripps consists of around 150 amino acids and is derived from the GP120 surface protein of HIV. It is heavily engineered for stability and mutated to bind to the right B cells. It is fused to a protein that self-assembles as a nanoparticle, arrayed with 60 copies of eoD0-GT8 on its surface. The IAVIG002 trial will also assess the ability of a boosting antigen to prod the B cells in the right direction as they mature, generating the desired broadly neutralising antibodies.

Crucially, further immunogens will need to be developed that can further stimulate the development of such antibodies. These will be tested in humanised mice and then trialled in humans. This phase 1 trial should be viewed as one small step along a lengthy path towards an entirely new HIV vaccine strategy.

When HIV was discovered almost 50 years ago, there was initial optimism about a vaccine. ‘In the 80s, people thought it was going to be easy. Just induce antibodies and we will have an HIV vaccine,’ recalls Burton. ‘But then it was appreciated how variable the virus was.’ Attention shifted to neutralising antibodies, until the field became disillusioned and began focusing on vaccines to induce T cells. ‘But they all failed,’ recalls Burton ‘and attention has come back to broadly neutralising antibodies.’ A consensus has emerged, he adds, that this is the most important component for an HIV vaccine to induce.

Yet another failure came last year, when a Johnson & Johnson vaccine trial – Imbokodo – was stopped in South Africa after it failed to show sufficient protection against HIV infection. The experimental vaccine consisted of an adenovirus vector with four mosaic immunogens. ‘There have been five efficacy trials for HIV, and only one showed modest success,’ says Dagna Laufer, head of clinical development at IAVI. ‘We’re nowhere near having an HIV vaccine yet.’

Nonetheless, she is hopeful about the new strategy of priming precursor B cells and then delivering carefully developed antigens to stimulate broadly neutralising antibodies. Which then will snag all variations of the HIV binding receptor. ‘This is a totally different approach to anything that has been done previously,’ stresses Laufer. ‘Instead of taking an empirical approach, and saying let’s see if this will work, we went back to the start and asked how to develop the appropriate cells [for broadly neutralising antibodies].’

There is no plan to move to a phase 2 trial any time soon. Instead, this strategy requires iterative trials, with lessons from trials taken back to animal experiments and moved forward to future trials. ‘It’s going to take us a while to optimise the vaccine that we believe will protect against HIV,’ confirms Schief. ‘The first watershed will be to show that we can induce at least one kind of neutralising antibody at high levels.’ He hopes to achieve this within 10 years, or possibly five to seven years from now.

There is the potential for Moderna’s mRNA platform to speed the process up. ‘We think it is going to enable us to move quickly through this iterative trial process,’ says Laufer. Making a recombinant protein takes a year or more. ‘RNA is faster, cheaper and a more flexible platform,’ says Burton.

‘It has been forty years of failure,’ notes Jonathan Weber, HIV researcher at Imperial College London. ‘mRNA may allow us to try and perhaps fail quicker, but then try again and fail better.’

Weber leads the only efficacy trial of an HIV vaccine in the field, the PrEPVacc trial in southern Africa. This combines experimental HIV vaccines and pre-exposure prophylactic drugs. It is scheduled to run until December 2024, though it was severely delayed by Covid-19.

Ultimately, Schief says that the neutralising antibodies should block almost all HIV particles, soon after exposure. But a successful vaccine may also need to induce killer T cells that can terminate any cells that do get infected with HIV. ‘The field as a whole is trying to devise a vaccine that has at least these two components,’ Schief explains. ‘Two layers of protection.’

While Covid-19 vaccines have proved successful in stopping severe disease, the fact that they still allow the virus to infect people means that they would fail completely with HIV. ‘Infected cells incorporate HIV into the genome and become permanent factories for making more HIV,’ explains Schief. ‘The vaccine cannot tolerate even a little bit of infection, which is a very, very high bar.’ Burton echoes this point. ‘You need a lot of antibodies and you need to keep those antibody levels up,’ he says. ‘There’s no margin for error.’