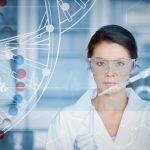 New research to be presented at this year’s European Congress of Clinical Microbiology & Infectious Diseases (ECCMID 2022, Lisbon, 23-26 April) shows that, although over time the number of SARS-CoV-2 antibodies falls in both previously infected and vaccinated patients, the performance of antibodies improves only after previous infection (and not vaccination). This difference could explain why previously infected patients appear to be better protected against a new infection than those who have only been vaccinated.

The study, by Dr Carmit Cohen of the Sheba Medical Center, Ramat Gan, Israel, and colleagues, also found that, contrary to expectations, previously infected patients with obesity had a higher and more sustained immune response than overweight and normal weight range patients.

While protection against re-infection lasts for a long time in SARS-CoV-2 recovered patients, breakthrough infections are increasingly common six months after vaccination. In this study the authors analysed the humoral (antibody-induced) immune response in COVID-19 recovered but unvaccinated individuals for up to a year and compared it with those who had received two doses of the Pfizer vaccine (but no previous infection) over eight months.

The study recruited previously infected-unvaccinated and double-vaccinated-never infected individuals from 25 March 2020 to 25 of November 2020 and closed in April 2021, just before the delta variant arrived in Israel. Those previously infected in this study had been infected by the original and alpha variants (and some cases of beta) of SARS-CoV-2, although it is not known which variant for each patient as the laboratory only gained the ability to sequence variants long after the study began.

The researchers followed-up of 130 patients diagnosed with SARS-COV-2 using PCR testing. These patients had not been vaccinated and remained unvaccinated during the study. None of these patients were reinfected across the study period. Data were collected on acute (during infection and immediately after) as well as long term (after 6 weeks) symptoms. They compared anti-spike protein IgG and neutralising antibodies of these 130 recovered patients to 402 age and body mass index (BMI), matched individuals who were double-vaccinated with the Pfizer vaccine but who had never had COVID-19. These double-vaccinated patients also remained uninfected across the study period; however, evidence had begun to emerge in Israel at this time (the second quarter of 2021) that double-vaccinated, never infected healthcare workers were experiencing ‘breakthrough’ infections at around six months after their second dose, whereas previously infected individuals that had not been vaccinated were not being reinfected. This study aimed to explore why.

The avidity index (simply expressed as the quality of antibody performance) was compared at one and six months for sub-cohorts composed of 16 people who had recovered from COVID-19 and 22 never-infected individuals who had been double vaccinated. For recovered patients, questionnaires concerning symptoms including long COVID were also collected.

Interestingly, and against expectations, the level (titers) of antibodies in recovered patients with a body mass index of 30 or higher (in the obese range) was higher at all time points when compared with those with a BMI under 30 (normal weight to overweight range), suggesting people with obesity who had been previously infected were better protected against future infection than those who were overweight or normal weight and had been previously infected.

The authors conclude: “While the number of antibodies decrease with time in both COVID-19 recovered (but never vaccinated) patients and vaccinated (but never infected) individuals, the quality of antibodies increases following infection but not after vaccination. People with obesity have a significantly higher and sustained antibody-induced immune response following infection. These results provide specific characteristics of the immune response that may explain the differential protection against COVID-19 in previously infected compared with only-vaccinated individuals.”

Now that most people in Israel are vaccinated, it has become much more difficult to do any new study of never-vaccinated individuals.

This team of researchers is now following a cohort of people recovered from the delta variant (specifically focused on families) and also a separate cohort recovered from the omicron variant. In these newer studies, they are examining both the humoral and innate immune responses (different parts of the immune system).