Unstoppable: is Ebola mutating with unknown consequences before our eyes? 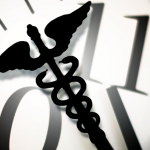 US President Barack Obama says the Ebola virus, currently attacking western Africa, could mutate – making it even more dangerous. The virus has already changed its genome, with unknown consequences.

Every virus mutates to adapt to its surroundings. Ebola is no exception.

When President Barack Obama announced the deployment of US forces to West Africa he said in an interview on Sunday that immediate intervention was vital.

Otherwise, said Obama, Ebola could mutate, making it more easily transmittable, “and then it could be a serious danger to the United States.”

The longer a virus circulates, the more it changes its genetic material.

“Even a single change in the genome can have huge consequences,” says Jonas Schmidt-Chanasit, a virologist at the Bernhard Nocht Institute for Tropical Medicine in Hamburg.

He confirms that mutations can increase the contagiousness of a virus.

Mutations could also make the illness break out sooner, or alternate the course of the disease – increasing the potential of a patient’s developing encephalitis.

The disease could also become airborne. And that would be disastrous: the infection rate would increase exponentially.

An international research team has analyzed about a hundred Ebola virus genomes from 78 patients in Sierra Leone. The patients were diagnosed with Ebola in late May to mid June.

The researchers found more than 300 genetic changes that make the 214 Ebola virus genomes distinct from the viral genomes tied to previous Ebola outbreaks.

Moreover, over 50 changes had occurred since the start of the 2014 outbreak, suggesting the virus is in fact mutating.

There are many cases where a change to the genome of an organism has no consequence.

But in this current outbreak of Ebola – with this particular strain – the researchers found a number of genetic mutations had altered proteins in the virus, potentially with disastrous affect.

The team led by Stephen Gire, a scientist with the Sabeti lab at the Broad Institute and Harvard University, wrote about their findings in “Science”.

They say some of the changes could influence doctors’ ability to diagnose Ebola in the field.

The data suggest that “continued progression of this epidemic could afford an opportunity for viral adaptation, underscoring the need for rapid containment.”

But Stephen Gires says they “don’t know whether these differences are related to the severity of the current outbreak.”

Jonas Schmidt-Chanasit agrees, saying it is impossible to judge by looking at an altered genome whether the changes will translate to alter the biological appearance of a virus.

“Even if a virus mutates rapidly, it doesn’t mean something will happen,” Schmidt-Chanasit says.

Many changes are minor. They are bound to happen when a virus spills over from one host to another, and especially in an epidemic, such as the one we are seeing in western Africa.

The area of research which investigates the relationship between genomes and the “behavior” of a virus in the field is called reverse genetics, and it’s in its infancy.

Schmidt-Chanasit says that if investigations regarding this behavior in Ebola were to start now, they would take long time to complete, and would be of little help in the current outbreak.

The flu virus is known for its ability to mutate rapidly.

As a result, researchers aim to develop a new flu vaccine every year.

Within the space of every twelve months, the flu virus changes its genome so much that the last year’s vaccine is rendered in effective.

Ebola mutates slowly. But it mutates fast enough for it to be able to develop a resistance to any future vaccines and drugs.

For now, though, all attention is focused on the present.

And Schmidt-Chanasit says there are greater challenges than learning how the virus is mutating.

“What makes the situation in West Africa so devastating, are the circumstances,” he says.

There are too few hospitals beds, too few medical personnel, and too many people at risk in a crowded part of the world.