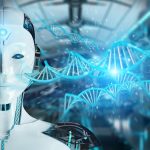 Over the past few years, there have been a number of major breakthroughs in artificial intelligence as researchers have found ways to apply the tech from everything from self-driving cars to weather prediction.

Recently, medical researchers have begun using AI in a bid to reduce long drug development times and prevent costly failures. Now, these efforts are beginning to produce real results. A team of medical researchers from Australia’s Flinders University have designed an AI that has, for the first time, created a drug entirely by itself.

Below, we’ll cover the science behind how the new vaccine was created — as well as what it may mean for the future of both AI and healthcare.

The drug, described by the researchers as a “turbocharged” version of the flu vaccine, includes a compound that stimulates the human immune system, making it more effective at fighting off infection.

The AI responsible for creating the drug — specially designed the team for use in drug development — is named Smart Algorithms for Medical Discovery, or SAM for short.

The researchers began by training SAM on a massive data set of chemical compounds, some of which were known to enhance the body’s immune response and some of which weren’t. The team of researchers then developed another computer program to generate trillions of new, untested compounds. SAM, using its chemistry training, then selected compounds from this new set which might have a positive effect on the human immune system.

The research team then synthesized prototype vaccines that included these compounds and tested them on human blood cells. The results found that SAM is extremely effective at picking out new compounds that strengthen the immune system.

Some of the new compound-boosted vaccines even outperformed the ones already in use.

The vaccine still need to be tested on humans, but results are promising so far. Next, the drug is expected to undergo a 12-month clinical trial in the United States. The team hopes that the vaccine will be available to the general public a little while after — if all goes well, within the next three years.

The state of AI in healthcare

SAM is just one example how tech is being used in healthcare right now. IoT is shortening waiting times in ER’s. Robots are performing intricate surgeries. And there’s a variety of other projects that may soon have big impacts on the entire field of medicine.

Continuing in AI, researchers who study the spread of disease recently designed an AI to forecast how an epidemic will spread using historical data. The researchers hope that the predictions will help public health officials direct outreach campaigns and care to the areas that need it most. AI technology is also being used right now to help doctors determine which blood cancer patients will benefit the most from bone marrow transplants.

However, a skills shortage may be slowing down new breakthroughs — both in and outside of medicine. Properly trained AI researchers are hard to come by, and there’s been rapid growth in demand for employees with AI skills over the past couple of years. As a result, employers and academics have both been searching for ways to encourage more workers and students into the field to prevent the talent gap from widening further.

How AI may change medicine

For the first time, an AI alone has created a drug for human use. The drug, a “turbocharged” flu vaccine that includes an immune-boosting compound, isn’t out of testing yet. Researchers behind the vaccine hope that it will be available within the next few years.

The vaccine joins few other recent breakthroughs in medicine achieved thanks to AI — including algorithms that help epidemiologists predict the spread of disease and doctors identify patients who will benefit the most from certain procedures.

It’s likely that AI will become even more important to the field in the near future, further increasing already high levels of demand for professionals with AI skills.