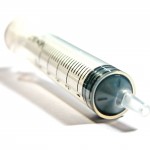 Viral hepatitis is responsible for one million deaths each year, according to the World Health Organization.

In the next ten years, it can claim the lives of over five million people in Southeast Asia.

“The vast majority of people infected with hepatitis are unaware, undiagnosed and untreated. Only by increasing awareness of the different forms of hepatitis, and how they can be prevented and treated, can we take the first step towards full control of the disease and save thousands of lives,” said Dr. Sylvie Briand of the WHO Pandemic and Epidemic Disease Department in a media release.

The WHO has adopted the theme “It’s closer than you think” for this year’s World Hepatitis Day, which is celebrated every 28th of July.

The agency observed that because of the “asymptomatic nature” of HBV and HCV, “most people infected with these are not aware of their status until they have symptoms of cirrhosis or liver cancer many years later.”

“Types B and C are of significant concern since a high proportion of people infected with these viruses may not experience symptoms at the early stage of the disease, and only become aware of their infection when they are chronically ill. This can sometimes be decades after infection. In addition, these two viruses are the leading cause of liver cirrhosis and cancer,accounting for almost 80% of all liver cancer cases,” the WHO said.

It added that hepatitis A and hepatitis E are likewise “serious health problems” as 12 million cases of hepatitis E occur annually in the region. This accounts for more than half the global burden, according to the WHO.

How hepatitis is contracted

“People can get hepatitis from either infected bodily fluids or contaminated food and water depending on the type of hepatitis,” the WHO said.

Type D only infects people who are already infected with type B.

Types A and E, meanwhile, are contracted though contaminated water or food and closely associated with poor sanitation and poor personal hygiene.

The WHO said that effective vaccines are available for all the virus types, except type C.

“Raising awareness, together with promoting partnerships and mobilizing resources constitute the first of the four priorities in WHO’s new framework. The others are: transforming scientific evidence into policy and action; preventing transmission; and screening, care and treatment,” the WHO said.