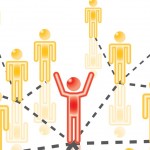 A combination of the myxoma virus and the immune suppressant rapamycin can kill glioblastoma multiforme, the most common and deadliest malignant brain tumor, according to Moffitt Cancer Center research. Peter A. Forsyth, M.D., of Moffitt’s Neuro-Oncology Program, says the combination has been shown to infect and kill both brain cancer stem cells and differentiated compartments of glioblastoma multiforme.

The finding means that barriers to treating the disease, such as resistance to the drug temozolomide, may be overcome. The study, by Forsyth and colleagues in Canada, Texas and Florida, appeared in a recent issue of Neuro-Oncology.

The authors note that oncolytic viruses have the potential to provoke a multipronged attack on a tumor, with the potential to kill cancer cells directly through viral infection and possibly through inducing the immune system to attack the tumor. The multipronged approach might get around some of the classical resistance mechanisms that have plagued both targeted therapies and conventional chemotherapies.

Several oncolytic viruses, both alone or in combination with small molecule inhibitors, have been tested and show promise for malignant gliomas. However, most have not been effective in killing cancer cells. Two likely obstacles may be the patient’s own anti-viral immune response and limited virus distribution.

“Based on our previous work with myxoma virus, we considered it to be an excellent oncolytic virus candidate against brain cancer stem cells,” explained Forsyth.

The researchers found that brain cancer stem cells were susceptible to myxoma virus in the laboratory cultures (in vitro) and in animal models (in vivo), including in temozolomide-resistant cell lines.

“We also found that myxoma virus with rapamycin is a potentially useful combination. The idea that cancer cells can be killed by a harmless virus is an exciting prospect for therapy,” Forsyth said.

The precise mechanism rapamycin uses to enhance infection in brain cancer stem cells is unknown, and the combination therapy does not result in cures. However, researchers are investigating other drugs that may improve the effectiveness of myxoma virus when used in combination, and they are evaluating the use of other strains of myxoma virus that might be more effective.

“Although our study adds myxoma virus to the list of oncolytic viruses capable of infecting and killing these cells, which strengthens its candidacy for clinical application, our model will need clinical application to determine its safety for patients,” concluded the authors. “We expect that intracranial injections of myxoma virus will be safe based on our extensive preclinical work and the demonstrated safety of other oncolytic viruses in clinical trials.”