Virus found in 2001 hospitalizes kids at same rate as flu 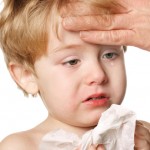 A respiratory virus that was unknown to doctors until 2001, and has no treatment, causes the same severity of illness in young children as the flu, according to the largest study to estimate the infection’s U.S. prevalence.

The research, published in the New England Journal of Medicine, found that one of every 1,000 children under age 5 is hospitalized each year because of human metapneumovirus, the same rate as that for flu. MPV also occurs during the winter like flu and shares the same symptoms, the study said.

The virus, which can lead to bronchitis and pneumonia, is often misdiagnosed because there is no quick test to distinguish it from flu and other respiratory viruses, said senior study author John Williams. There’s no vaccine or drug against the virus, and children often are given antibiotics or flu medicines by mistake, he said.

“We’re still learning so much about disease,” said Williams, an associate professor of pediatrics at Vanderbilt University in Nashville, Tennessee. “Here’s a virus that was unknown 10 years ago and turns out to be one of the most common causes of severe respiratory infection.”

MPV may be the reason that the flu vaccine appears to fail in some people, Williams said. Those falling ill may in fact have the virus, not the flu.

Researchers in the study used the U.S. Centers for Disease Control and Prevention’s New Vaccine Surveillance Network to identify kids under 5 with MPV in three U.S. counties from 2003 through 2009.

About 40 percent of the children hospitalized with the virus had an underlying condition like premature birth or asthma, the study found.

The researchers estimated that about 20,000 kids under 5 are hospitalized each year in the U.S. because of this virus, which also causes 1 million outpatient clinic visits and 263,000 emergency room visits, the authors wrote. Those estimates are similar to the flu rates for children under five in the U.S., he said.

Knowing the frequency and severity of the disease adds urgency to developing a vaccine against the virus as well as a test that lets doctors and hospitals check for the virus, Williams said. A vaccine against MPV is a minimum 5 to 10 years away, he said. Williams’ lab is among a handful of research centers working on a potential vaccine, he said.

Larger studies are needed in adults. Smaller studies have suggested that MPV is as common as flu in adults over the age of 65, Williams said.

The virus was first identified in Dutch children with respiratory illness in 2001 by researchers at Erasmus Medical Center in Rotterdam. The paper published that year said that studies suggested the virus had been circulating in humans for at least 50 years.