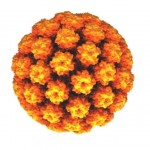 Medical researchers at a leading Australian university recently uncovered an alarming link between a common virus and the quadrupling of a string of deadly cancers in China, Xinhua news agency reported.

“The problem with OSCC is that there is no way to screen for it, so it is usually diagnosed quite late and has a very high mortality,” said the first author of the paper, Surabhi Liyanage, a PhD candidate with UNSW Medicine.

OSCC is the most common of two types of oesophageal cancer. While it is rare in Australia, it is the sixth highest cause of cancer-related deaths world-wide and the fourth leading cause of cancer death in China.

It is particularly prevalent in China, South Africa and Iran among men in their mid-70s to 80s. Why the prevalence is so high in those countries remains a mystery, but it is thought to be linked to dietary, lifestyle and environmental factors.

“This is an important new finding of public health importance to China, as OSCC causes a large burden of cancer deaths in China. If even a proportion of these cancers can be prevented by HPV vaccination, the population benefit could be significant,” said Professor Raina MacIntyre from UNSW.

“The link between infections and cancer has been long recognised, with hepatitis B vaccination being the first cancer-preventing vaccine. Decades of infant vaccination against hepatitis B, for example, has led to dramatic reductions in hepatocellular-carcinoma, which is a highly lethal cancer caused by the hepatitis B vaccine.”

“A similar hope is held for HPV vaccine in preventing HPV-related cancers. Time will tell whether our universal HPV vaccination programme has any additional benefit in prevention of cancers other than cervical cancer,” said Professor MacIntyre.

“Given that the most common two cervical cancer-causing HPVs are now preventable by early vaccination, this may be significant in countries where OSCC is frequently found.

“In China, it is one of the leading causes of cancer death, so Chinese health authorities could consider this in any deliberations they are having about potential benefits of HPV vaccination in their population over and above the target of cervical cancer prevention,” she said.