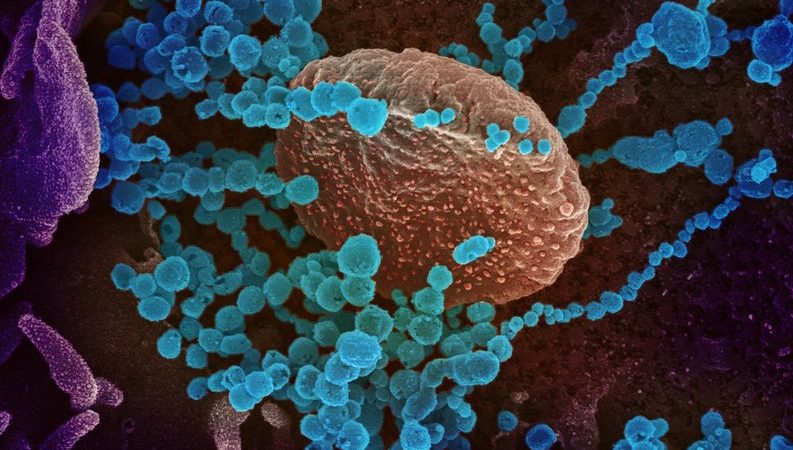 The major clinical manifestations of severe acute respiratory syndrome coronavirus 2 (SARS-CoV-2) infection include fever, dry cough, fatigue, and other respiratory symptoms. Recent studies show that over 60% of infected people are asymptomatic carriers who do not even realize they are infected. About 25% of the infected individuals have very mild symptoms and do not require medical treatment. Only about 15% of the individuals infected with the virus, mostly those over 65 with preexisting conditions such as diabetes, hypertension, and obesity, develop serious complications, including acute respiratory distress syndrome (ARDS), secondary infections, and acute heart injury.

SARS-CoV-2 can stimulate the human innate immune system leading to the release of cytokines and immune effectors, causing a massive cytokine storm and an acute inflammatory response. This causes increased systemic vascular vulnerability and multiple organ failure. Cytotoxic T lymphocytes specific to specific viral antigens have been found to be effective in controlling viral infection, and ex vivo expanded antigen-specific T cells are said to be successful in treating hematopoietic stem cell or solid organ transplant patients with a post-transplant viral infection. The immunogenic components of viruses constitute a complex number of epitopes derived from multiple structural and functional proteins of the virus.

Researchers from China and the US recently synthesized select peptide pools of the structural and functional proteins of SARS-CoV-2, including spike (S), envelope (E), membrane (M), nucleocapsid (N), and protease (P) proteins as target antigens to assess COVID-19-specific immunity. The study is published on the preprint server bioRxiv.

By analyzing T cell precursor frequencies specific to these target antigens in healthy individuals, the researchers found a diverse cellular immunity, including low, medium, high, and no responders. This was also confirmed by in vitro induction of T cell immune responses against SARS-CoV-2 using dendritic cell / T cell coculture, which supported the T cell precursor frequencies in all individuals tested.

The combination of all five target antigen pools triggered the most robust cellular immune response. However, individual donors responded in different ways to different viral antigens. Interestingly, in vitro restimulation of the T cells with the dendritic cell peptides induced increased anti-viral responses in all individuals tested, including the ‘no responders.’ This suggests that repeated antigen stimulation could induce broad protection in immune-naïve populations.

According to the authors, the current emphasis on antibody-producing vaccines needs to be revisited in the face of the rapidly evolving, more infectious SARS-CoV-2 variants across the globe. Virus-specific cellular immunity may be essential for long-term protection against SARS-CoV-2. This study developed a series of antigenic peptides comprising the conserved domains of S, M, E, N, and P proteins as targets to determine COVID-19-specific immunity. The results showed that individuals responded in different ways to the different antigens, and more importantly, repeated stimulation could trigger the production of virus-specific T cells in all individuals.

The study’s findings reiterate the crucial role of cellular immunity in fighting SARS-CoV-2 infection and highlight the importance of analyzing T cell response against SARS-CoV-2 and antibody response in a population.