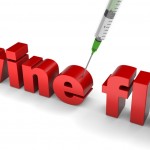 Young adults, beware. The swine flu responsible for the pandemic five years ago is once again the dominant strain in North America. This doesn’t mean we are in the midst of another swine flu pandemic, but it does mean that people of working age are once again hardest hit by the virus, which has been hanging around since 2009.

So far, more than 60 per cent of people in the US who have caught severe flu this season, or died of it, are between 18 and 64 years old. This is similar to rates during the pandemic but double the number of severe cases in this age group in the past three winters, when the H3N2 virus – which is more likely to hit older people – was top dog in North America. Only about a third of severe cases in the US this year are in people over 65.

Tom Frieden, head of the US Centers for Disease Control and Prevention in Atlanta, Georgia, last week, chalked this up to working-age adults being half as likely to get a flu shot as older ones. But this can’t be right: vaccination rates were similar last winter, when severe flu hit more than twice as many older adults as younger ones. And the vaccine is only about 60 per cent effective, even less in over-65s, making it seem even less likely to account for the shift.

So what is going on? What we are seeing is a global battle for supremacy among flu viruses, says Lone Simonsen of George Washington University in Washington DC.

Usually a pandemic flu wipes out the competition and continues to circulate as the sole seasonal flu virus afterwards. While the pandemic, or H1N1, virus has persisted this time, so has H3N2, one of the seasonal viruses from before 2009. This means the two viruses are now fighting for supremacy.

It means that no one is safe. Older people can largely fend off the H1N1 flu virus because they have immunity from exposure before 1957, when a similar virus circulated – but for them, the H3N2 virus can be deadly. Conversely, younger adults have more resistance to H3N2, but are succumbing to H1N1.

So Frieden is right to say that people of any age with a risk factor for severe flu, such as diabetes, obesity or possible pregnancy, should consider a flu shot. This year’s flu seasons are starting to subside in Europe and North America, but as the last few years have shown, no one can predict which virus will dominate the next one.