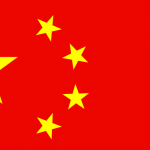 The emergence of Indian vaccine manufacturers has helped health authorities drive down the cost of immunization campaigns. Now, the downward trend is set to accelerate. China has entered the global vaccine arena.

The World Health Organization (WHO) prequalified a Chinese-made vaccine for the first time. The prequalification of a Japanese encephalitis vaccine from China National Biotec group (CNBG) should cut the cost of protecting people against the disease. CNBG received the WHO nod after working with Seattle-based non-profit PATH, which initiated the collaboration as part of a $39 million Bill and Melinda Gates Foundation-backed Japanese encephalitis project.

“We were able to support the clinical trials, to help CNBG install a facility up to international standard, and to help them improve their systems and processes,” PATH’s Vaccine Access and Delivery Program director Dr. Kathleen Neuzil told Financial Times‘ blog beyondbrics. The result is a WHO-prequalified Japanese encephalitis vaccine that sells for 30 cents a dose, a significant discount on rival jabs. Indian manufacturer Bharat Biotech introduced a Japanese encephalitis vaccine for $2.60 per dose on the open market, although the government is expected to buy at a discounted price.

India and China were already using the CNBG vaccine prior to the WHO decision. Securing prequalification is expected to expand use throughout Asia, with Laos, Cambodia and Bangladesh listed as likely buyers. With four billion people living in areas affected by Japanese encephalitis, the potential user base is huge. And having gone through the process once, CNBG–a long-standing subject of speculation about an initial public offering–can push for WHO prequalification of other vaccines.

WHO director general Dr. Margaret Chan is open to prequalifying more vaccines from Chinese manufacturers. CNBG is an obvious candidate, but PATH is also helping other manufacturers through the prequalification process, and is optimistic there is more to come.