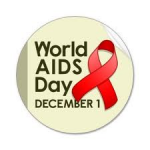 Dec. 1 has been World AIDS Day, and across the world, patients, activists, families and friends will be gathering, talking, celebrating and hoping. While 2012 has brought some measure of progress to the search for better treatments and vaccines that would eliminate the disease altogether, AIDS remains a challenging foe to both scientists and communities.

The AIDS-causing human immunodeficiency virus, or HIV, first appeared in Africa in the 20th century and gained notoriety after it was first observed in the U.S. in 1981. Altogether, more than 60 million people have been infected with HIV, and nearly 20 million have died from AIDS, according to the World Health Organization.

However, thanks to modern antiretroviral therapy, AIDS is no longer the absolute death sentence that it was before. Antiretroviral therapy, or ART, involves using several different drugs that attack the virus in different ways. Some drugs block HIV’s ability to enter host cells; others interfere with the virus’ ability to reproduce; others attach to human cells and act as a shield against HIV.

Then there are a host of preventative measures: condoms to protect against sexual transmission of HIV, needle exchange programs for people addicted to injectable drugs, and male circumcision, which turns out to lower the risk for infection from heterosexual intercourse.

In July, the U.S. Food and Drug Administration approved a drug called Truvada, which is aimed at people who have sex with HIV-infected individuals. One trial, which examined subjects who had unprotected sex with several partners, found that Truvada cut the risk of infection by 42 percent. In another trial with heterosexual couples who used condoms, the risk for infection to the HIV-negative partner was cut by 75 percent.

But the real Holy Grail for advocates and scientists is a vaccine that protects against HIV infection and could be administered relatively cheaply and easily to populations around the world.

“The world has really changed significantly in the last couple years in terms of optimism for strategies” to combat the virus, says Rick King, vice president of vaccine design at the International AIDS Vaccine Initiative.

According to IAVI, currently there are about 30 ongoing AIDS vaccine trials, most of which are in their early stages. Some have progressed past the stages that measure the safety and activity of the vaccine and are now at the point at which researchers are evaluating their efficacy in fighting the disease.

One notable recent AIDS vaccine trial took place in Thailand, using a formulation called RV 144. The results, released in 2009, showed that vaccinated individuals were infected at a rate 31 percent lower than the infection rate in people who received a placebo. While the results were, on one level, disappointing, the fact that there was a dip in the infection rate is cause enough for some enthusiasm.

“This tells us the immune system can deal with HIV and has the potential to block the entry of the virus,” King says.

In the years since the Thai trial, researchers have been taking a closer look at the data to figure out where the vaccine succeeded and where it failed. A follow-up trial of a modified version RV 144 is slated to begin in the next year or two in South Africa, supported in part by the U.S. government and the Bill and Melinda Gates Foundation.

One of the hardest things about combating HIV is the wily nature of the virus itself. Unlike smallpox or polio, which scientists have successfully curtailed with vaccines, HIV does not provoke our immune systems into making antibodies. Antibodies are the reason why you don’t get chicken pox in adulthood if you had it in childhood — your immune system “remembers” the virus that causes it, and if it shows up in your body, it triggers a swift and devastating response.

But HIV is a constantly mutating virus, differing greatly between regions, people, and even within a patient. It starts changing and reshaping itself once it infects a person, making it difficult for the body’s defenses to draw a bead on the virus. This puts researchers in a tough position as stimulating a patient to produce antibodies is vaccine developers’ primary strategy.

One recent research paper, published in the journal Nature Medicine, suggests that one problem is that the process of developing the vaccine, which requires a weakened version of HIV, or a similar virus, may be the thing that lessens its efficacy.

“Efforts to develop a live attenuated virus are analogous to the tale of ‘Goldilocks and the Three Bears,'” Oregon Health & Science University researcher Louis Picker said in a statement back in September. “The field was looking for a vaccine that was ‘not too hot,’ or ‘not too cold,’ but ‘just right.’ The problem was that it appears that weakening a virus to the level that is ‘just right’ is impossible.”

Picker and colleagues from OHSU and elsewhere found that the way that a weakened form of SIV, the monkey version of HIV, is protective only if the virus sticks around. But a weakened virus like the kind used in many experimental vaccines does not linger in the body.

It may be necessary for an HIV vaccine to deliver some agent that sticks around in the body for a long time.

Picker and his colleagues think they might have the solution with their own vaccine ingredient, a special virus called cytomegalovirus that can be engineered to carry proteins resembling those on SIV or HIV. They think that the cytomegalovirus can help deliver protection by awakening the responses of special immune system cells called effector memory T cells.

But antibodies aren’t completely out of the AIDS vaccine picture, either. A very recent cause for hope came with the discovery that, in very rare cases, some individuals turn out to have natural defenses against HIV. Their bodies make what are called ‘broadly-neutralizing antibodies,’ which scientists think can block between 90 and 95 percent of HIV strains.

“Five years ago, it wasn’t clear such antibodies occurred at all,” King says.

IAVI and other organizations are focused on finding more of these antibodies by screening blood samples from HIV patients.

Once the right broadly-neutralizing antibodies are isolated, there are several options for researchers. One is to reverse-engineer a vaccine from the antibody.

Another strategy would be to use biotechnological techniques to make lots of the broadly-neutralizing antibodies and administer them directly to patients. This kind of approach, called monoclonal antibody therapy, is already used in a range of diseases, including cancer, rheumatoid arthritis and lupus. But one major problem with antibody therapy is the cost — an annual course of the antibody treatment Avastin for cancer patients can quickly amount to tens of thousands of dollars. Antibody treatments also can’t be delivered orally, making them more difficult to administer in developing countries where HIV is rampant.

Another possible way to use antibodies is through gene therapy. A person could be given the gene to make broadly-neutralizing antibodies, usually by way of a specially engineered virus.

Gene therapy has a ways to go before it catches up with vaccines in the clinical sphere, but some of the early results are encouraging: A 2011 paper in the journal Nature showed that a single injection in mice was enough to protect them against HIV infection. Two of the antibodies tested by California Institute of Technology scientists were super-effective, guarding against doses of HIV that were 100 times greater than what is naturally transmitted. What’s more, the mice were still making high levels of the antibodies a year after the gene therapy was administered.

“We showed that you can express protective levels of antibodies in a mammal and have that expression last for a long period of time,” Caltech researcher David Baltimore told Nature. “It sets the stage for human trials.”

Some advocates argue that the millions of taxpayer dollars poured into vaccine research would be better spent on other forms of prevention and ensuring that existing AIDS patients have access to treatment.

But “it’s pretty clear if we want to roll back the disease, we’re going to need the vaccine,” King says.