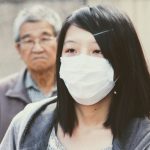 The Chinese Centre for Disease Control and Prevention (CDC) announced that researchers had isolated viruses and were selecting a strain, according to Xu Wenbo, a director of CDC’s virus institute.

Xu told reporters at a press conference in Beijing that researchers had used high-throughput genetic sequencing to identify pathogens one day after the first four samples were sent from Wuhan on January 2.

Meanwhile, the US, France and Russia are preparing to pull their citizens out of Wuhan, the Chinese city at the center of the coronavirus outbreak, as the death toll in China rose sharply on Sunday, with no signs of easing. Other countries are ramping up quarantine measures in an attempt to prevent further infections in their own territories.

The number of confirmed cases and deaths from the fast-spreading coronavirus have both doubled within 36 hours in mainland China as more cities announced travel bans, effective Monday.

China’s National Health Commission said the death toll from the new virus on the mainland had risen to 56 by Sunday morning, with 1,975 total cases confirmed. The figures mark a major jump – of 15 deaths and 688 cases – in just 24 hours.

The US State Department on Sunday confirmed it would relocate personnel from its Wuhan consulate to the United States and would offer a limited number of seats to private American citizens on a flight expected to leave the city on Tuesday, bound for San Francisco, according to Reuters. Individuals at greatest risk to the coronavirus would be given priority.