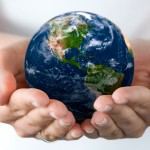 Human risk of disease from carriers that might respond to higher temperatures is complicated by other factors.

Some like it hot: more protozoans can infect the monarch butterfly as climates become milder; nematode parasites get two chances to infect caribou and reindeer as a result of Arctic warming; and coral pathogens become more active with warmer seas.

Humans can and should learn from all these interactions, write Sonia Altizer, of the University of Georgia in the US, and her colleagues. She argues in Science that climate change is affecting the spread of disease worldwide, according to Climate News Network.

Human risk of disease from carriers that might respond to higher temperatures is complicated by other factors: the wealth of a nation, its health system and its ability to respond. So it becomes harder to see the role of climate in many outcomes. But the natural world offers some clearer lessons.

“In many cases, we are seeing an increase in disease and parasitism. But the impact of climate change on these disease relationships depends on the physiology of the organisms involved, the location on the globe and the structure of ecological communities”, she says.

Climate change can alter the physiology of both host and parasite. In the Arctic, where temperatures are rising rapidly, parasites are getting a better start. A lungworm can now be transmitted over a longer period in the summer, which is bad news for the musk ox which it parasitizes.

In tropical waters, as pathogens and infectious fungi multiply, they threaten not just the corals but the whole ecosystem of which corals are the base.

Some infectious systems such as Lyme disease and West Nile virus could become an increased threat to humans because of losses in biodiversity associated with a warming climate. Some, such as dengue, malaria and cholera, are directly associated with warmer temperatures.

The vibrio bacterium – cholera is one of the vibrio family – that infects shellfish is associated with zooplankton blooms and as sea surface temperatures increase, the pathogen’s range spreads. Cases of vibrio infection in the Baltic double with each 1°C rise in water temperatures, according to climate modellers.

The biggest predictor of risk to human health is still poverty, but climate change presents health challenges for communities everywhere. “Because disease represents the product of multiple interacting species, including hosts, pathogens and other members of the food web, forecasting responses to climate shifts is a tremendous challenge,” says Pieter Johnson of the University of Colorado Boulder, one of the authors.

“Given the rising importance of infectious diseases not only for human health but for wildlife conservation, it’s also a challenge for which we are in sore need of a solution.”