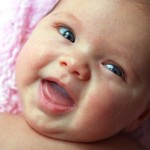 Researchers from Germany have found that respiratory infections in early life are linked to islet autoimmunity, implicating them as a potential risk factor in the development of Type 1 diabetes.

The team used data from the ongoing BABYDIET study, which is assessing the association between early gluten exposure and islet autoimmunity. Their analyses included 148 children, with a total of 90,750 days of infection, fever, and medication status documented by their parents in the first 3 years of life. The children were tested for islet autoantibody seroconversion every 3 months.

They found that children with islet autoantibody seroconversion during follow-up had significantly greater exposure to respiratory and gastrointestinal infections, and fever during the first year of life and throughout the study compared with children without seroconversion.

Infections became more common after the first 6 months of life, which the team says is presumably due to decreased maternal passive immunity. And while no seroconversions were observed during this early period, infections before 6 months were associated with a 1.68-fold increased risk for islet autoimmunity during follow-up, with respiratory infections in particular linked to a 2.27-fold increased risk. By contrast, gastrointestinal and other infections before 6 months were not significantly associated with seroconversion.

Beyond 6 months, infections remained significantly associated with seroconversion but with a lower effect size. For example, between the ages of 6 and 12 months, respiratory infections resulted in a 1.32-fold increased risk for islet autoimmunity.

Interestingly, all seroconverters except one had at least two infections in the first year of life, with the highest rate observed among those with more than five recorded respiratory infections in this time.

The researchers also note that there was a time-dependent effect of respiratory infections on seroconversion rate, with the risk significantly increased 1.42-fold by a higher number of infections per 100 documented days in the preceding 6 months.

The authors, led by Anette-Gabriele Ziegler (Helmholtz Zentrum München), say that this is the first study to report the association and also one of only a few to report rates of infections in infancy, finding 8.4 infections per child and 2.9 incidences of fever before the age of 3 years.

They conclude in JAMA Pediatrics that the findings could help to influence future preventive strategies, particularly of upper respiratory tract infections and acute rhinopharyngitis, which showed the strongest association with seroconversion risk.