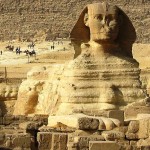 A study recently found the Egyptian Tomb Bat to be a 100 percent genetic link to the Middle East Respiratory Syndrome, but research continues to find an alleged intermediary animal that transmitted the disease to humans.

The study was published online in the U.S. Centers for Disease Control and Prevention’s journal Emerging Infectious Diseases. Researchers from the Center for Infection and Immunity at Columbia University’s Mailman School of Public Health, EcoHealth Alliance and the Ministry of Health of the Kingdom of Saudi Arabia led the study. It was the first study to look for an animal origin for MERS in Saudi Arabia.

“There have been several reports of finding MERS-like viruses in animals,” Director of the CII and co-author of the study W. Ian Lipkin said. “None were a genetic match. In this case we have a virus in an animal that is identical in sequence to the virus found in the first human case. Importantly, it’s coming from the vicinity of that first case.”

Researchers collected more than 1,000 samples from seven bat species in areas where cases of MERS were reported. The team used polymerase chain reaction and DNA sequencing to find what species of bat, if any, was a match for the disease; the Egyptian Tomb Bat, an insect-eating bat that resides near Saudi Arabia, was a match. It is, however, unlikely that bat-to-human transmission took place; research for a possible intermediary host is underway.

“We are continuing to look for evidence of the virus in wildlife and domestic animals, and investigating the mechanisms by which the virus causes human disease,” Lipkin said. “This is but the first chapter in a powerful collaboration amongst partners committed to global public health.”

The research team is beginning its study of domesticated animals this week. The team will look for the presence of MERS in camels, goats, sheep and cattle.