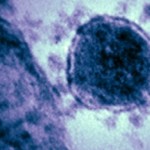 MERS virus, a Middle-Eastern coronavirus, has recently killed three more people in Saudi Arabia, bringing the total death count from this “cousin” of the SARS virus now to 47. Saudi Arabia’s health ministry confirmed this Sunday that no vaccine to MERS has been found, though experts are rapidly trying to discover a cure or stronger treatment.

The MERS virus killed a total of three new victims: a 74-year-old Saudi man from Medina who came in contact with another infected patient, a foreigner visiting the health sector, age 56, and finally a 53-year-old Saudi national.

The region’s authority on health also revealed to the public this week a total of five new MERS virus cases this week, as the deadly coronavirus spreads to victims of both genders and all ages. Some of these victims include a 3-year-old girl form northeast Saudi Arabia, as well as an 18-year-old male from the same area of Hafr al-Baten.

The coronavirus is known to most commonly spread through contact with an infected individual. Although Saudi Arabia isn’t the only Middle-Eastern country affected by MERS, it is the nation struck hardest. Over 47 have been killed in the region now, while 52 people have died worldwide from the virus. So far, 96 people in Saudi Arabia are confirmed to have contracted the sickness.

The MERS virus is posing not only a threat to many, but is stumping health officials around the world, as the Middle East Respiratory Syndrome — often called a cousin to SARS — still has no vaccine, and kills over half of the victims it afflicts.

The coronavirus is thought to be a SARS-like illness that first riddled various locales in Asia back in 2003 with devastating results, infecting over 8,000 people, and killing nine percent of those victims.

MERS is similarly believed to have spread from animals to humans, bringing with it severe flu-like symptoms, kidney failure, and potentially fatal respiratory issues.