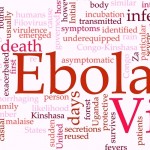 A second spike in Ebola virus cases has panicked residents and health officials in Guinea, who fear a west African outbreak of the killer disease may now be out of control.

“Ebola cases are worrying. We do not know what to expect,” Mamady Traore, a trader in the suburbs of the capital Conakry, told AFP on Thursday. “Sometimes you are told it has been (contained) and sometimes you hear it has reappeared in other towns and villages.”

According to figures released by the World Health Organization (WHO) on Wednesday, a total of 398 cases of haemorrhagic fever — causing 264 deaths — have been reported in Guinea since the start of 2014. Of these, 254 were caused by Ebola.

The incurable disease is spread by contact with bodily fluids including sweat, meaning just touching an infected person is enough to spread the virus.

“The government can’t do anything to fight the disease,” taxi driver Abdoulaye Barry said of Ebola, one of the deadliest known viruses, which kills its victims by inducing unstoppable internal bleeding.

The latest outbreak began in southeast Guinea and spread rapidly through neighbouring Liberia and Sierra Leone. Cases have recently surfaced in Guinea’s west and southeast — areas previously thought to be free of the disease.

“We’re faced with a second spike in the epidemic,” Marie-Christine Ferir, a worker for aid agency Doctors Without Borders, told AFP. “What is unusual is the spreading of outbreak locations. It complicates things.”

In  Conakry, there was no discernable presence of medical staff around key buildings. An AFP correspondent said however that sanitising hand gels were offered to customers at the entrances of banks and insurance companies.

A total of 528 haemorrhagic fever cases have been reported throughout west Africa in 2014, inflicting 337 deaths. Almost 70 percent were caused by Ebola, which can induce severe fever and muscle pain, as well as vomiting, diarrhoea and organ failure.