How the brain guards itself against virus attacks 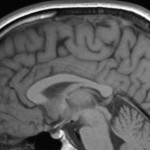 Infections in the central nervous system are rare thanks to our brain’s unique defence system that prevents viruses from invading, finds a study.

The research explains a long-standing mystery.

The olfactory mucosa in the nose can serve as a conduit for a number of viruses to enter the brain including rabies, polio and influenza viruses.

Yet infections in the central nervous system rarely occur.

The mechanism responsible for protecting the brain from viruses that successfully invade the olfactory bulb (OB), the first site of infection in nasal mucosa, remains elusive.

“Our work points to the remarkable ability of the immune system, even within the brain, to protect us against opportunistic viruses,” says Anthony van den Pol of Yale University.

Van den Pol and his colleagues discovered that in response to viral infection, cells in the olfactory bulb release long-distance signalling molecules that tell cells in uninfected parts of the brain to produce anti-viral interferon – a first line of defence against invading viruses.

In the study, normal mice wiped out the infection while mice lacking receptors for the initial signalling molecules succumbed as the viruses spread throughout the brain, proving the critical role of these molecules.

These signalling molecules are different than regular neurotransmitters.

Van den Pol noted that during neuronal signalling, neurotransmitters released by one cell travel across a mere 20 nanometers of synapse to the next nerve cell.

Yet, the long-distance signalling molecules diffuse up to 15 millimetres.

That distance is almost a million times greater than the distance across a synapse.

“The success of the immune system in blocking two unrelated viruses, vesicular stomatitis virus and cytomegalo virus, suggests that our results may generalise to many other viruses that can enter the brain through the olfactory nerve,” said van den Pol.

The research is published in the Journal of Virology.