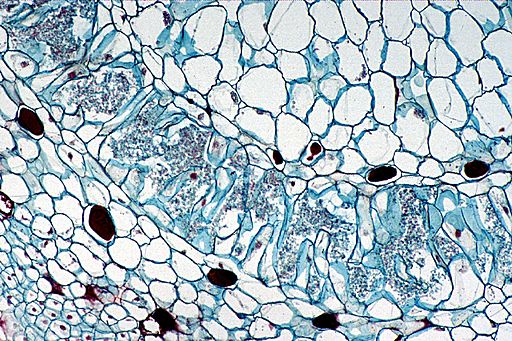 Scientists have proposed a new model of animal diseases that includes the role of the microbiome. Their research suggests that climate change may lead to the emergence of new infectious diseases.

The COVID-19 pandemic has brought the threat of infectious disease to the fore. At the time of writing, there have been more than 9 million recorded cases of the disease worldwide.

Infectious diseases, particularly those crossing species boundaries (zoonoses), are rising as a result of human activities. This increase is partly due to climate change, which is encouraging some pathogen-carrying species to move outside their current habitat range.

For example, the tiger mosquito, which transmits the viral disease Chikungunya, is currently expanding its geographic range across Europe and the Americas, putting millions of people at risk.

A paper that Trends in Parasitology recently published includes a synthesis of research into infectious diseases in humans and wildlife. It presents a new model of infectious disease dynamics that takes account of the role of the microbiome — the “good” bacteria that live on and inside us.

The scientists behind the work suggest that environmental changes, including climate change, could destabilize this model and lead to new infectious diseases arising from changes in the microbiome of animals.

A new model for infectious diseases

In disease ecology, scientists traditionally use a “disease triangle” to demonstrate the roles of the host, pathogen, and environment in the spread of disease.

The authors of the new study, who represent institutions in France, Germany, and the United States, suggest that this concept gives an “oversimplified” view of the dynamics of infectious diseases. They have, therefore, broadened the concept to include the microbiome.

The microbiome describes the communities of microorganisms, including bacteria, viruses, and fungi, in a particular context. In an animal context, microbial communities live on and inside the host and perform important roles, including protecting against pathogens and helping break down food.

Research has shown that microbial communities are important for the health of ecosystems, wildlife, and people. The human gut alone is home to up to 1,000 different species of bacteria, which researchers have shown to be important in many aspects of health.

Recent advances in genetic sequencing technology have helped scientists better understand the diversity and physiological importance of the microbiota.

“We are now only gradually beginning to understand their role in health prophylaxis and how they interact, for example, with the environmental microbiome, pathogens, and the host,” explains Dr. Adeline Loyau of the Leibniz-Institute of Freshwater Ecology and Inland Fisheries in Germany, who led the study.

As a result, the researchers present a “disease pyramid,” which is a new model of disease dynamics that includes interactions between the host, the pathogen, the environment, and a fourth element: the microbiome.

The role of climate

The microbiome is an important determinant of whether an animal will become infected by a pathogen in the environment. For example, the study authors note, a mosquito is less likely to become susceptible to the malaria parasite if it has more bacteria belonging to the Enterobacteriaceae family in its gut.

“A microbiome in equilibrium can protect against infection in changing environmental conditions,” explains the study’s first author, Adriana P. Bernardo-Cravo, of the Université de Toulouse, France, and the Helmholtz Centre for Environmental Research, Germany.

However, changes to the environment can, in turn, affect the microbiome.

The microbiome maintains a delicate balance of different bacterial species, which help protect an organism against infection. Changes to the climate can tip it out of balance.

Temperature, in particular, has a significant effect on microbiome composition, which could partially explain why climate change influences disease spread. This effect may be greater in amphibians because they, as ectotherms, rely on external temperatures to regulate all of their bodily functions.

The researchers give the example of a fungal disease, chytridiomycosis, that affects amphibians, including frogs.

Amphibians with a more diverse microbiome are more resistant to this disease, which antifungal bacteria on the skin can fight off. Climate change will shift the distribution of this disease and could cause further decline of amphibians, the most endangered vertebrates.

However, these changes will not only impact wildlife. The authors warn that disrupting any one of the four foundations of the disease pyramid could lead to new diseases emerging that also affect humans.

The researchers’ key message is that human activities are changing the environment in profound ways that will impact wildlife and people. Protecting the health of both requires a broad research approach that takes account of a range of influences, including the microbiome.