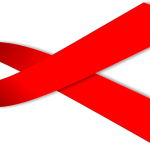 The A3/02 strain combines the two most common HIV strains in Guinea-Bissau and develops into AIDS within five years, up to two-and-a-half years faster than either of its parent strains, said Angelica Palm, one of the scientists behind the study published in the Journal of Infectious Diseases. This type of strain, a recombinant, appears when a person becomes infected by two different strains, allowing DNA to fuse and create a new one.

Researchers from Lund University warn in the study that recombinant strains may spread more rapidly, in part from immigration to the United State or Europe, and that there are likely many more that still haven’t been identified. But with this particular strain that was discovered in Guinea-Bissau in 2011, Palm says, “The good news is that as far as we know, the medicines that are available today are equally functional on all different subtypes of variants.”

The study comes on the heels of a new report by the World Health Organization and the European Centre for Disease Prevention and Control that found about 131,000 people in Europe had contracted HIV in 2012, an 8% increase from the year before. As reported AIDS cases in Western Europe dropped 48% between 2006 and 2012, the number of new diagnoses in the eastern region rose by 113%.