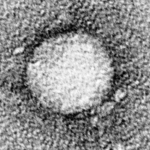 Scientists have determined the most detailed picture yet of a crucial part of the hepatitis C virus, which the virus uses to infect liver cells.

The findings can bring an effective hepatitis C vaccine closer to reality.

Researchers at The Scripps Research Institute (TSRI) focused on a protein known as E2 envelope glycoprotein.

Any successful hepatitis C vaccine is likely to target the E2 protein. Scientists already have isolated rare antibodies from patients that can bind E2 in ways that neutralise a broad range of viral strains.

“Now that we can visualise the structural details of these binding sites, we can design vaccine molecules that mimic them,” said co-senior author of the new research TSRI Assistant Professor MansunLaw.

Like HIV and some other viruses, hepatitis C virus (HCV) uses effective countermeasures to evade the immune system.

These include fast-mutating regions on the E2 protein, which ensure that antibodies to one HCV strain typically are ineffective against other strains. The E2 protein also coats itself with relatively antibody-proof sugar molecules.

To defeat these viral countermeasures, scientists have wanted to “see” the high-resolution atomic structure of HCV, particularly E2 and its CD81 receptor binding site, which does not vary much from strain to strain.

In recent years, Law’s laboratory and others have isolated antibodies that manage to grab hold of this relatively conserved region of E2, thereby blocking the infectivity of a large fraction of HCV strains.

In principle, a vaccine that prompts the body to make similar antibodies would effectively and cheaply immunise people against most of their risk of HCV infection.

Scientists used a slightly altered version of E2 – the E2 core – with some of its glycans (sugar molecules) and outer variable and stalk segments removed.

They were then able to obtain the high-resolution structure of the protein while it was bound to a known broadly neutralising antibody developed at TSRI.

The scientists then followed up by imaging a more complete version of E2 using electron microscopy to extend the structural model.

“It had been thought that HCV’s E2 belongs to a family of viral fusion proteins called class 2 fusion proteins, which includes envelope proteins for West Nile and dengue viruses, for example,” said Leopold Kong, a research associate in the Wilson laboratory and the study’s lead author.

“But we showed that E2 is structurally distinct and probably works differently than what had been widely assumed,” Kong added.

The study is published in the journal Science.