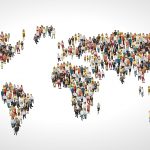 A study led by The University of Western Australia has shown that maps routinely produced to track the spread of diseases such as COVID-19 are flawed, resulting in inaccurate targeting of interventions and misallocation of life-saving resources.

The research team has developed a new mapping technique, which overcomes an 80-year-old problem, improving the efficiency of geographically-targeted disease responses.

Disease mapping is fundamental to public health and has been used for decades to track diseases of significant impact to humans, including HIV, malaria, cholera, Ebola and now COVID-19.

The accuracy of disease maps is vital to help health authorities make effective decisions, keep people safe and prevent diseases from spreading. Inaccurate disease maps undermine the effectiveness of interventions such as social distancing, mass testing and the delivery of vaccines to high-risk areas.

The study, published in the International Journal of Health Geographics, highlights flaws in global mapping systems that rely on ‘single-aggregation disease maps’. These maps divide a region (such as a country, state or city) into smaller areas, usually based on arbitrary administrative boundaries such as postcodes. Alternatively, the region might be divided using a grid. Each area typically has a population size between tens and hundreds of thousands of people.

“However, immediately a problem arises. By focusing on a single ‘segmentation’ of the region, critical inaccuracies are created,” Dr Whyatt said.

“For example, disease clusters located where two or more areas intersect will be diluted among them and consequently de-prioritised. Alternatively, relatively small disease clusters containing many cases might cause large areas to be classified as ‘hotspots’ and subsequently targeted. This results in inefficient resource allocation and intervention targeting.”

“If we were to segment the map differently, this would only result in a new single-aggregation disease map that is similarly flawed.”

Dr Whyatt said the mapping flaws are the result of a long-standing geographical problem: the ‘modifiable areal unit problem’. This problem describes the impact of the chosen area boundaries on the resulting map. In fact, governments can exploit this phenomenon by defining electoral boundaries to change the outcome of elections, a practice known as gerrymandering.

“Though the problem has been known about since 1934, it is difficult to solve and so is usually just ignored,” Dr Whyatt said.

“Instead, it should be routinely acknowledged, since reliance on single-aggregation disease maps reduces the effectiveness of localised interventions such as social-distancing, testing and immunisation programs.

“This is particularly important in the case of a pandemic like COVID-19, where the spread of infection can quickly escalate if not properly managed. Here in Australia, testing and lock-down responses have been targeted based on postcode boundaries, which is clearly not ideal.”

The researchers developed a new map overlay technique that overcomes some of the modifiable areal unit problem’s effects.

“Our method avoids reliance on any one single-aggregation disease map through combining many maps,” Dr Whyatt said.

The findings of the study have important worldwide implications wherever single-aggregation disease maps are used to guide health policy planning and service delivery.