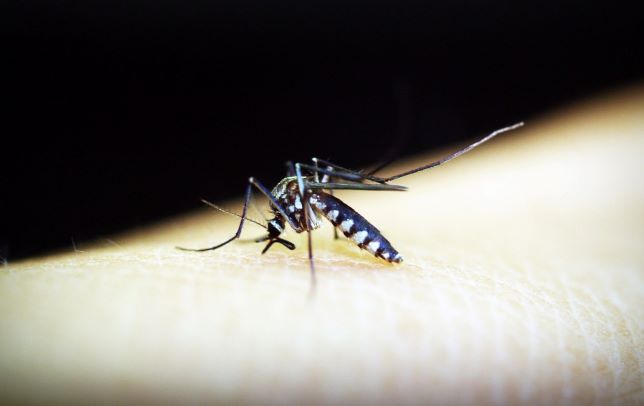 Researchers have created a test that can predict which dengue patients will likely have mild symptoms and which should be clinically monitored for a high risk of severe illness.

Most of the about 390 million people infected with the dengue virus every year are asymptomatic or have few symptoms. But for the approximately 5% of people who progress to severe disease, the consequences can be life-threatening. Yet clinicians have struggled to pinpoint who is at risk of progressing to this stage.

Now, a team led by Stanford Medicine researchers has identified a set of genes that can predict with striking accuracy people who are at high risk of severe dengue, complications of which include shock, bleeding, organ injury and sometimes death.

The results, published online March 28 in Genome Medicine, show that a readout of the activity of eight genes linked to the immune system can flag which patients should remain under clinical observation and which can be discharged because they’re at low risk of severe dengue.

Physicians currently rely on a set of “warning signs” published by the World Health Organization to determine which patients require medical attention. However, they catch only about three-fourths of all the people who progress to severe dengue and incorrectly flag about 60% of cases, leading to hospitals being overburdened with patients who will not experience the more serious symptoms, said Purvesh Khatri, PhD, a Stanford Medicine associate professor of medicine and of biomedical data science.

“There are about 50 million people every year who end up having these warning signs while infected with dengue,” said Khatri, a senior author of the study. “And if you end up putting all of them in the hospital, that is a lot of resources wasted.”

“Having a biomarker that can effectively predict which patients will progress to severe dengue will also help select dengue patients for clinical studies aimed at evaluating antiviral strategies, and guide treatment decisions once such therapies are approved,” said Shirit Einav, MD, a senior author of the study and associate professor of medicine and of microbiology and immunology at Stanford Medicine.

By tapping into 11 publicly available datasets on dengue patients from all over the world, Khatri and his colleagues focused their research on 365 patients, tracking down genes that were predictive of severe dengue outcomes. The researchers then built a machine-learning model using these genes and validated its predictive capabilities in a separate prospective cohort of 377 patients in Colombia with confirmed dengue infections.

The test showed a marked improvement in performance compared with the WHO guidelines: It correctly flagged 86% of the patients who progressed to severe dengue, while halving the false positive rate, from about 60% to 30%. Not only was the test more reliable but it also flagged five patients who exhibited no warning signs at the clinic — four of whom progressing to severe dengue within days.

“In any other situation, the doctor would have said, ‘Go home, it’s just a fever,’” Khatri said. “And we could say, ‘No, don’t send them home, they are going to end up having a severe outcome.’”

Khatri and his colleagues plan to develop an assay that can be distributed to clinics, allowing physicians to determine if patients with dengue infection are at risk of progressing to severe dengue. For a virus that infects hundreds of millions of people each year in more than 130 countries, such a test could be revolutionary, Einav said.

There are signs that the dengue virus, a mosquito-borne illness, will continue to infect more people each year, Einav said: “With global warming, it’s only a matter of time before we see this virus more prevalently in the United States.”

Although the eight genes the researchers identified appear to be linked to the immune system, there are still questions about why those genes are linked to severe dengue outcomes, Khatri said. But there are clues: One of the genes is highly expressed in neutrophils, a type of white blood cell that appears in large numbers in patients with sepsis. Another gene appears to inhibit the development of natural killer cells, immune cells that play an essential role in fighting against tumors and viral infections. Khatri and his team plan to continue to study these genes.

Scientists from the Valle del Lili Foundation and Center for the Care and Diagnosis of Infectious Diseases, both in Colombia, also contributed to the research.

The research was supported by the Ralph and Marian Falk Medical Research Trust, the Department of Defense, the National Institute of Allergy and Infectious Diseases (grants 1U19AI109662, U19AI057229, 5R01AI125197), the Bill and Melinda Gates Foundation, the Knight-Hennessy Scholars Program, the National Science Foundation, SPARK at Stanford and Stanford Bio-X.