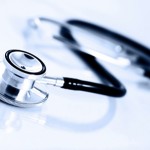 The global partnership committed to the elimination of measles, rubella and congenital rubella syndrome applauds today’s global pledge to meet measles and rubella elimination goals. One hundred and ninety-four countries resolved their commitment to achieving these goals in the context of a new Global Vaccines Action Plan (GVAP) endorsed today by the World Health Assembly.

The GVAP aims to prevent more than 20 million deaths over the next decade by increasing access to vaccines for all people. The plan is the result of world-wide collaboration and consultation of more than 1,000 immunization experts from 140 countries. Its goals include reducing measles-related deaths by 95% by 2015 and eliminating measles and rubella in at least five of six World Health Organization (WHO) Regions by 2020.

“Today 194 countries have made a fundamental commitment to bring the benefit of vaccination to every person, no matter who they are or where they live.” said Andrea Gay, Executive Director of Children’s Health at the UN Foundation. “This commitment includes eliminating measles and rubella from most of the world by 2020 using proven, cost effective vaccination strategies. The Measles & Rubella Initiative looks forward to working with priority countries and donors to deliver on this global, life-saving commitment.”

Intensified efforts to vaccinate children against measles have resulted in a 74% drop in global measles-related deaths between 2000 and 2010, from an estimated 535,000 down to 139,000.

Measles and rubella elimination strategies have been effective in the Americas which has not recorded an indigenous measles case since 2002 or an indigenous rubella or congenital rubella syndrome case since 2009. The Western Pacific Region aims to eliminate measles next and has made notable progress reducing measles incidence and introducing a combined measles-rubella vaccine in most countries of the region. The European region has pledged to eliminate measles and rubella by 2015 and is working to raise vaccination coverage and stop the measles outbreaks in several countries of the region.

Priority geographic areas for intensified measles and rubella vaccination now include India and sub-Saharan Africa which respectively account for 47% and 36% of global measles deaths. India has strengthened its measles control efforts and is in the midst of a campaign to reach an additional 134 million children with measles vaccine. Sub-Saharan African countries experienced resurgence in measles outbreaks after 2008 as funds and political commitment to vaccinate children waned. Many countries of the region are now back on track with renewed efforts to ensure every child receives two doses of measles vaccine. The WHO African region aims to eliminate measles by 2020.

Partners in the Measles & Rubella Initiative have recently launched a new Global Measles & Rubella Strategic Plan 2012-2020, which includes strengthening routine immunization as a core strategy. The Initiative has built a measles surveillance system serving most countries of the world which can provide core support to achieving GVAP targets.

“Where there are measles outbreaks we know that routine immunization coverage is simply not high enough,” said Dr. Rebecca Martin, Director of the Global Immunization Division at the U.S. Centers for Disease Control and Prevention. “Surveillance, including the measles laboratory networks can flag the areas where efforts to reach communities with vaccine must be redoubled. This kind of collaboration will reap the full benefits of vaccination everywhere and help the world reduce child deaths to the levels promised through Millennium Development Goal 4.”

The Measles & Rubella Initiative is a global partnership aimed at ensuring no child dies of measles or is born with congenital rubella syndrome. Founded originally as the Measles Initiative in 2001, it’s led by the American Red Cross, the United Nations Foundation, the U.S. Centers for Disease Control and Prevention, UNICEF and the World Health Organization. Since 2001, the Initiative has supported 80 countries to deliver more than one billion doses of measles vaccine, helped to raise measles vaccination coverage to 85% globally, and reduced global measles deaths by 74%. These efforts have contributed significantly to reducing child mortality as per Millennium Development Goal 4.