Vaccine development: thinking out of the cold box 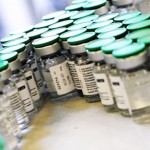 Heat is rendering life-saving vaccines ineffective in areas which need them most. What will it take for the drug companies to act?

Immunisation is widely accepted to be one of the great public health successes of recent decades, contributing to a substantial fall in child mortality around the world. Yet, each year, 22 million children fail to get fully vaccinated, leaving them vulnerable to deadly diseases.

The consequences of this vaccination failure are costly, both in terms of young lives lost unnecessarily and in terms of expensive emergency public health interventions needed to respond to outbreaks of communicable disease – interventions that cost millions of euros.

One significant factor behind this failure is the vaccines themselves and their lack of suitability for the settings with the weakest health systems. For the past 30 years, the number one rule has been that all vaccines need to be kept between 2 and 8C right up to the point of delivery, a system known as the ‘cold chain’. In countries with unreliable electricity supplies, poor transport links, remote communities and high temperatures, the logistical challenges are obvious and too often go unmet.

Of course more attention, and funds, need to be paid towards strengthening logistics and cold chain systems in these poorer countries, but we also need more action from the vaccine manufacturers to determine the true thermostability of vaccines, and a regulatory framework that acknowledges and expedites this reality. This would enable wider use of a more flexible cold chain, often described as a ‘controlled temperature chain’, or CTC, where some vaccines are able to be safely kept unrefrigerated for certain periods of time. The financial benefits can be huge – in one study in Chad, keeping vaccines in a CTC, rather than in a traditional cold chain, halved the cost of reaching each patient.

There is an increasing body of scientific evidence that many existing vaccines are in fact a great deal more heat-stable than their labelling suggests and can remain effective despite being exposed to warmer temperatures. Scientific studies conducted by MSF in 2013, for example, demonstrated that the Serum Institute of India’s tetanus toxoid vaccine remains efficacious despite being exposed to temperatures of up to 40C for 30 days. Other health organisations, including the Programme for Appropriate Technology in Health (Path) and WHO, are starting to compile this data.

Yet even where there is firm evidence that vaccines are considerably heat-stable, manufacturers are dragging their feet over relabelling and relicensing their vaccines. The regulatory process required to do so is unclear and potentially time consuming. At present, there is simply no incentive for companies such as Pfizer or GlaxoSmithKline to bother with the expense and hassle of relicensing a vaccine for CTC use. Alas WHO, which is not itself a regulatory body, cannot approve or recommend new storage conditions beyond those set out by the medicine regulatory agency in the country of manufacture.

In the meantime, some organisations are tackling the issue head-on themselves. WHO in the western Pacific region saw the need to increase coverage rates of the hepatitis B virus (HBV) vaccine at birth and recommended that midwives and birth attendants working in communities not equipped with electricity be allowed to store the HBV vaccine for up to 30 days at ambient temperatures below 40C. This has been credited with helping to improve HBV birth dose coverage in the region, although a more formal relicensing of the vaccine is still needed.

In the long term, the next generation of vaccines should be developed with ambitious heat stability targets so that burdensome cold chain requirements can be avoided from the outset. A positive example is MenAfriVac for meningitis. A vaccine developed specifically for the sub-Saharan Africa meningitis belt, currently the only vaccine recommended by WHO for use in a CTC. MenAfriVac can be used for up to four days outside the cold chain in ambient temperatures of up to 40C.

As a public health community, we know what needs to be done. Pharmaceutical companies need to label vaccines to reflect their true heat stability and to invest in ensuring that new vaccines are as heat-stable as possible. WHO, with the support of national governments and their regulatory agencies, should clarify the pathway to using vaccines outside the strict cold chain. We need to provide health workers with the tools they need to successfully run vaccination programmes in resource-poor settings. If we do this, we will save money and resources, while ensuring more children survive. Surely it’s an effort worth making.