Why some flu viruses may be more contagious 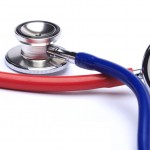 Some viruses can survive on the fingertips longer than others. Not all flu viruses are the same. Some are hardy survivors.

Some influenza viruses can survive and remain infectious on the fingertips for at least 30 minutes, long enough to transmit the flu to oneself or others, says a study in the January issue of Clinical Microbiology and Infection.

Flu is transmitted from person to person mainly by inhaling tiny virus particles that are released into the air when infected individuals cough and sneeze. Direct contact with contaminated fingers is considered an equally important method of transmission. Researchers sought to find out if the type or size of the flu virus affects its survival.

Experiments in Geneva involved two common influenza viruses: H3N2 and H1N1, the virus that triggered a global flu pandemic in 2009. Both viruses are included in the 2013-14 flu vaccine and are causing most of the world’s current flu illnesses, according to a recent World Health Organization bulletin.

Six volunteers with experience handling laboratory viruses were recruited. In separate experiments, droplets of H3N2 and H1N1 mixed with respiratory secretions from infected patients were deposited on three fingertips of each volunteer. The subjects’ fingers were undisturbed and kept at room temperature before testing for the presence of viral particles at various intervals. Particles were classed as “survived” if they were capable of propagating in laboratory cell cultures.

Larger droplets of H3N2 and H1N1 were found to contain a higher concentration of viral particles and remained infectious longer than smaller droplets with fewer particles. But smearing flu droplets over the fingertip reduced their infectiousness compared with untouched droplets, the study found.

H1N1 appeared to be hardier than H3N2, the researchers said.

The researchers noted that the study involved only a small number of subjects and viruses.