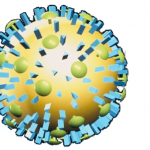 On Tuesday, a three-year-old boy was diagnosed with the dreaded H7N9 bird flu in Guangdong Province in southern China, and some are warning that more cases are on the way as the temperature drops. Previous bouts of flu hysteria and panic resulted in nothing more than small outbreaks; as such, there is little reason to believe that these most recent warnings will be any different. However, in many ways, the H7N9 problem is China-specific, which has allowed it to flex its scientific muscles.

Last month saw serious advances on the H7N9 front, with China’s contributions outpacing many other nations, in no small part because China is on the front lines of bird flu outbreaks. In fact, China announced a vaccine for the H7N9 bird flu virus late last month. This is an impressive feat considering that they only started research on the vaccine in April when they isolated the H7N9 virus via a throat swab from an infected patient. So far, the vaccine has been successful on ferrets, which can spread the virus via respiratory droplets—a discovery also made by Chinese scientists.

All but one of this year’s cases of H7N9 have been in mainland China (the other was next door in Taiwan), so China has a unique interest in stamping out the virus. As of the end of October, the National Health and Family Planning Commission confirmed 136 cases and 45 fatalities from the deadly bird flu strain. While that may seem a small sum, it means the virus has a 33.1 percent fatality rate. China is treating this disease seriously and is devoting ample resources to what it considers to be a potential pandemic. True or not, it’s an excellent example of the world’s newest research powerhouse.

With that in mind, the muscle and money that China puts into virology is being backed by brains and innovation. In fact, it’s no longer just China’s response and control measures that are making a difference; it’s research bravado. British newspaper The Independent published a scathing report in May of this year on China’s intentionally-mutated super flu strains—strains that can be used to better understand and prepare for outbreaks.

It was an understandable response to the end of an international moratorium on such research, and claims were made elsewhere that China didn’t have the biosecurity chops to keep the research in the lab. However, critics such as Lord May of Oxford, who accused China’s researchers of “appalling responsibility,” may soon find that China is well on its way to a new level of viral defense. However, it is becoming increasingly clear that the risk is worth preventing a pandemic; many others agree.

Making reassortants via plasmid-based reverse genetics is a method used around the world, but foreign newspapers mainly reported one thing: that China is purposely creating super bugs to wipe out mankind. True, Chinese scientists were and are creating super bugs, particularly hybrids of H5N1 and H1N1 viruses, they were doing so to learn more about them.

For all the bluster, this research method is yielding serious results—not to mention vaccines. And, with China trailblazing its way out of bird flu frenzy, one wonders what else the Middle Kingdom can do with its newly-found scientific might.