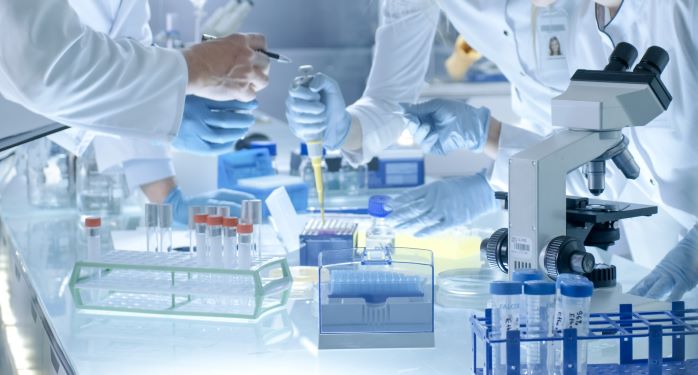 A class of viruses known to cause severe diarrheal diseases – including the one famous for widespread outbreaks on cruise ships – can grow in the salivary glands of mice and spread through their saliva, scientists at the National Institutes of Health have discovered. The findings show that a new route of transmission exists for these common viruses, which afflict billions of people each year worldwide and can be deadly.

The transmission of these so-called enteric viruses through saliva suggests that coughing, talking, sneezing, sharing food and utensils, and even kissing all have the potential for spreading the viruses. The new findings still need to be confirmed in human studies.

The findings, which appear in the journal Nature, could lead to better ways to prevent, diagnose, and treat diseases caused by these viruses, potentially saving lives. The study was led by the National Heart, Lung, and Blood Institute (NHLBI), part of NIH.

Researchers have known for some time that enteric viruses, such as noroviruses and rotaviruses, can spread by eating food or drinking liquids contaminated with fecal matter containing these viruses. Enteric viruses were thought to bypass the salivary gland and target the intestines, exiting later through feces. Although some scientists have suspected there may be another route of transmission, this theory remained largely untested until now.

Now researchers will need to confirm that salivary transmission of enteric viruses is possible in humans. If they find that it is, the researchers said, they may also discover that this route of transmission is even more common than the conventional route. A finding such as that could help explain, they said, why the high number of enteric virus infections each year worldwide fails to adequately account for fecal contamination as the sole transmission route.

“This is completely new territory because these viruses were thought to only grow in the intestines,” said senior author Nihal Altan-Bonnet, Ph.D., chief of the Laboratory of Host-Pathogen Dynamics at the NHLBI. “Salivary transmission of enteric viruses is another layer of transmission we didn’t know about. It is an entirely new way of thinking about how these viruses can transmit, how they can be diagnosed, and, most importantly, how their spread might be mitigated.”

Altan-Bonnet, who has studied enteric viruses for years, said the discovery was completely serendipitous. Her team had been conducting experiments with enteric viruses in infant mice, which are the animal models of choice for studying these infections because their immature digestive and immune systems make them susceptible to infections.

For the current study, the researchers fed a group of newborn mice that were less than 10 days old with either norovirus or rotavirus. The mouse pups were then returned to cages and allowed to suckle their mothers, who were initially virus-free. After just a day, one of Altan-Bonnet’s team members, NHLBI researcher and study co-author Sourish Ghosh, Ph.D., noticed something unusual. The mouse pups showed a surge in IgA antibodies – important disease-fighting components – in their guts. This was surprising considering that the immune systems of the mouse pups were immature and not expected to make their own antibodies at this stage.

Eager to know how the viruses got into the mothers’ breast tissue in the first place, the researchers conducted additional experiments and found that the mouse pups had not transmitted the viruses to their mothers through the conventional route – by leaving contaminated feces in a shared living space for their mothers to ingest. That’s when the researchers decided to see whether the viruses in the mothers’ breast tissue might have come from the saliva of the infected pups and somehow spread during breastfeeding.

To test the theory, Ghosh collected saliva samples and salivary glands from the mouse pups and found that the salivary glands were replicating these viruses at very high levels and shedding the viruses into the saliva in large amounts. Additional experiments quickly confirmed the salivary theory: Suckling had caused both mother-to-pup and pup-to-mother viral transmission.

Research reported in this study was funded by the Division of Intramural Research of the NHLBI, part of NIH. Additionally, the research involved collaboration with two laboratories at the NIH National Institute of Dental and Craniofacial Research: the Adeno-associated Virus Biology and Utilization for Gene Transfer lab (ZIA-DE000695) and the Neuronal and Progenitor/Stem Cell Function During Salivary Gland Development lab (ZIA-DE00722).