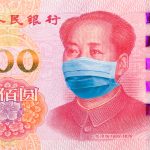 China’s speedy COVID-19 vaccine development is the result of drawing inspiration from past public health challenges, rapid but meticulous mobilization of talent and resources and rigorously upholding strict scientific and medical standards during every step of research, experts said.

As of Oct 20, there were 44 vaccine candidates in human trials around the world, 15 of which were developed by China or with Chinese partners, according to the World Health Organization. China has four vaccine candidates in phase three clinical trials. These include three inactivated vaccines and an adenoviral vector-based, or AdV5, vaccine.

Lu Shan, a member of China’s COVID-19 vaccine development task force, said the nation’s scientific community was swift to respond to the new public health threat, as evident from the Ministry of Science and Technology holding its first interdepartmental meeting on research on the pathogen on Jan 21.

Many noted scientists, from those studying the origin of the virus to those who develop various types of vaccines, were present at the meeting, Lu told Science and Technology Daily, a newspaper operated by the ministry.

New research projects and talent have been constantly incorporated into the research effort as scientists began to learn more about the virus, and “a new project’s funding often arrives on the same day it was approved”, she added.

“Developing a vaccine has a high chance of failure, and we didn’t know which technical route may yield a safe and effective vaccine,” Lu said. “But over the years, we have accumulated the talent and resources to try all five routes. The reason for that decision is to guarantee success.”

The five technical routes for vaccines are: inactivated vaccines, attenuated influenza vaccines, the two nucleic acid-based－DNA and mRNA－types of vaccines and adenoviral vector-based vaccines. As of last month, all five routes had vaccines that had started or were ready to begin human trials soon, according to the National Medical Products Administration.

Xu Penghui, a biotech researcher at the ministry’s Department of Science and Technology for Social Development, said China’s rapid progress in COVID-19 vaccine development is rooted in the nation’s vast professional and administrative knowledge gained from creating new drugs and handling past public health risks.

“For years, we have been keeping a close eye on various research teams across the country. We know exactly who leads the research and what their accomplishments and their capabilities are,” he said.

When a new public threat arises, the ministry could act as a “chief of staff for scientists” and quickly mobilize researchers based on their specialties to jointly tackle the new challenge, he added.

These research teams are also proactively communicating and collaborating with each other, sharing know-how and ensuring better allocation of resources.

For example, the ministry first tasked China National Biotec Group and Sinovac Biotech with creating the inactivated vaccine, but later a research team from the Institute of Medical Biology of the Chinese Academy of Medical Sciences joined the undertaking.

Bai He, an expert on biological products at the National Medical Products Administration, said China has a capable expert committee tasked with supervising every key step of vaccine development to ensure the research is conducted rigorously, which can reduce the time needed for correcting mistakes.

“If vaccine development is like driving a car, our researchers are pushing the accelerator, and the committee is at the steering wheel and correcting course if needed,” she said.

During an inspection of a biotech company in late March, experts discovered that the company’s animal model experiment was poorly designed, so they provided advice for revisions on the spot and helped the company save at least two weeks of research time, Bai said.

Yang Xiaoming, president of China National Biotec Group, told reporters in September that despite the global need and urgency for developing an effective vaccine, the company is prohibited from cutting corners on any research steps.

“Our core principle is not skipping a single step in the research and not lowering a single point in safety standards. Only on this basis can we go all out and seize every moment for research,” he said.

When the pandemic began, the company immediately allocated 1 billion yuan ($149.5 million) for vaccine development. Based on its resources and expertise, the company ultimately focused on creating inactivated and nucleic acid-based vaccines. Three of its subsidiaries doing research concurrently allowed the company to quickly overcome key challenges in vaccine development and production, he added.

In the past few months, China has pledged to make a Chinese vaccine accessible to countries in Southeast Asia, Africa and Latin America. On Oct 9, China announced that it had joined the COVID-19 Vaccines Global Access Facility, or COVAX, an initiative co-led by the WHO that aims to promote equitable access to vaccines, especially for vulnerable people and healthcare workers in developing countries.

“The current feedback is very satisfactory and we have received wide recognition from the international community,” Liu said.

Eduardo Spitzer, scientific director of Laboratorio Elea Phoenix in Buenos Aires, told the journal Nature in early October that expectations of a successful Chinese vaccine are high in Argentina. Sinopharm’s large-scale trials in the country began in September and received widespread media coverage, he added.

Sao Paulo’s Butantan Institute, one of Brazil’s leading biomedical research centers, which is carrying out phase three tests of the inactivated vaccine made by Sinovac Biotech, said last week that the Chinese vaccine had been shown to be safe in tests involving 9,000 volunteers.

“The first results of the clinical study conducted in Brazil proved that among all the vaccines tested in the country, CoronaVac is the safest (and) the one with the best and most promising rates,” Sao Paulo Governor Joao Doria told reporters regarding the company’s vaccine.

The Lancet, one of the world’s premier medical journals, published a commentary on Oct 15 calling the inactivated vaccine created by China National Biotec Group “promising”, but said more research is needed to check the vaccine’s effects on older and more medically vulnerable people, as well as in understanding the duration and strength of its protection.

Existing clinical results show that the inactivated vaccine candidates from China are generally safe and are relatively better tolerated by recipients compared with other vaccines in late-stage human trials, the journal Nature said in a study in late September.

However, the Chinese vaccines’ efficacy is still unknown. Moreover, assuming the inactivated vaccines will require two doses per person－the same dosage used in the clinical trials－it will be a monumental task to distribute them globally, given that the supply of syringes, glass vials and related equipment might create a bottleneck, it said.

“It is very likely that AdV5-based and inactivated vaccines produced in China－as well as other vaccine candidates produced in India and elsewhere－will have a major role in satisfying the global demand for vaccines against SARS-CoV-2,” the study said.